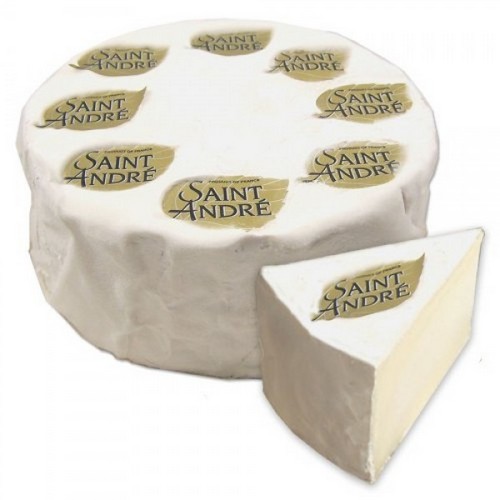 In 1928, a country cheesemaker started the St. André Creamery in Villefranche de Rouergue, France, the famed region that gives us Roquefort cheese. Approximately 40 years later, a soft-ripened, triple-cream cheese named St. André made its debut. With a taste described as a blend of the perfect brie mixed with equal parts of thick sour cream and whipped sweet cream, St. André is a cheese for the uncompromising connoisseur.

It has a decadently high fat (75%) content, enhanced with extra dollops of heavy cream, making it dense, buttery, and rich. It has a delicate, edible bloomy rind, covering a buttery white paste.

The cheese has a luscious mouthfeel and a slightly salty, creamy flavor that just screams for crusty bread or a crispy cracker.