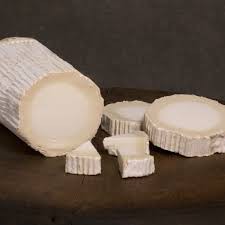 Located in Belmont, Wisconsin, Montchevre produces a wide range of goat’s milk cheeses. The running of the company is overseen by Arnaud Solandt and Jean Rossard, both of whom have a strong background in the dairying and cheesemaking business.

Solandt grew up in France in the town of Montauban, where his grandmother owned a creamery. His father worked for Tempé-Lait before starting his own business representing French cheese manufacturers to various export markets including the USA. It was the dominance of the cheese market in the US that persuaded Solandt’s father to move his family out to the United States in 1983. Having effectively grown up surrounded by the cheese business, it was no surprise when three years later Arnaud was approached by Michel Betin, one of the principle French manufacturers to asked him to help with his company that was undergoing a difficult transition. Arnaud accepted and moreover, was the driving force behind shifting the company’s focus from importing French cheeses to developing a cheesemaking business that specialized in French style cheeses.

Montchevré’s Head Cheesemaker is Jean Rossard also grew up in France surrounded by a world of cheese. Jean’s father was a cheese maker and his babysitter was the truck driver who collected the milk for his father – often with Jean in the seat beside him. Today, cheesemaking at Montchevré takes place within a large 110,000 sq. ft building and the company produces over 250,000 pounds of goat cheese each week. Milk is sourced from mixed breed goats located at over 300 farms across Wisconsin, Iowa and Missouri.

Inspired by the French Bucheron which was one of the first French goat cheeses to be exported into the United States, the expertise of the original French manufacturer was passed on to Montchevre so they could make their own version in the US.

With its ivory colored rind and interior, Montchevre’s Bucheron are aged for between 5-10 weeks before release. The resulting cheese has a variety of flavors. When young, cheeses have a dense and slightly crumbly center with tangy, sharp notes and flavors of mushrooms. With age, the paste of the cheese begins to break down under the rind, producing a gooey layer in contrast to the cheese’s firmer center.

Bucheron pairs well with a red Bordeaux or a wide variety of white wines including dessert wines such as Sauternes. Bucheron makes a good addition to cheese platters or salads or simply enjoyed with a warm slice of fresh, wholegrain bread.