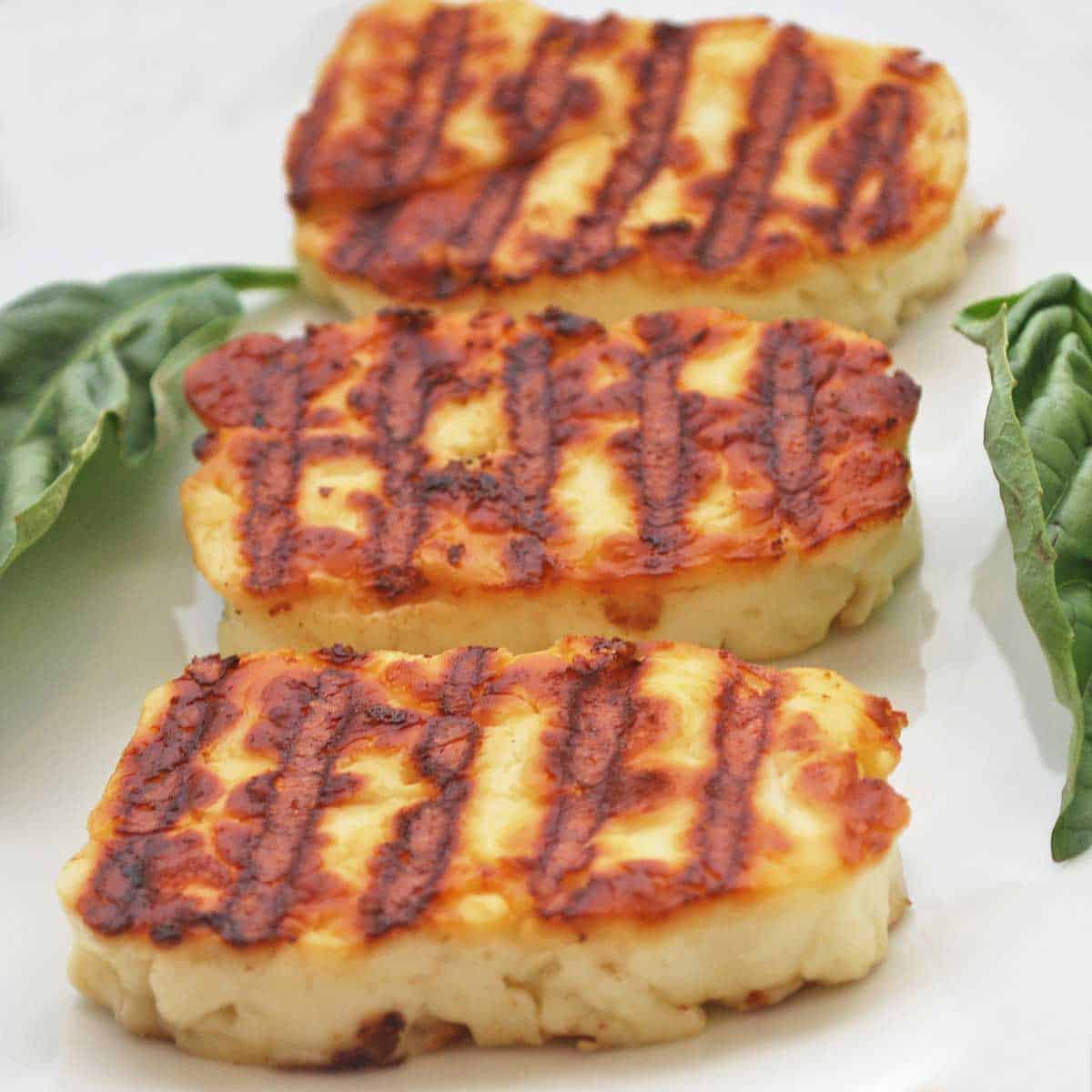 Halloumi is a traditional goat and sheep cheese from Cyprus that's very popular in Greece and other parts of the Eastern Mediterranean.

Halloumi has a higher melting point than other cheeses, which is what makes it a suitable cheese for grilling and frying.  If you were to attend a BBQ in Cyprus, it would be highly unusual to not be served Halloumi.

In Cyprus, the common Summer pairing is to eat grilled Halloumi with watermelon (try it, it's fabulous!).

Halloumi cheese originated in Cyprus in the Medieval Byzantine period and was subsequently eaten throughout the Middle East.

The cheese is white, with a distinctive layered texture, similar to mozzarella, and has a salty flavor. It is often garnished with mint, a practice based on the belief that Halloumi keeps better and stays fresher and more flavorsome when wrapped with mint leaves.

The cheese is often used in cooking and can be fried until brown without melting, owing to its higher-than-normal melting point. This makes it an excellent cheese for frying or grilling (like in saganaki) or fried and served with vegetables, or as an ingredient in salads.

The resistance to melting comes from the fresh curd being heated before being shaped and placed in brine. Its firm texture when cooked causes it to squeak on the teeth when being chewed.

Slice the Halloumi horizontally into thin slices and place in a medium to hot frying pan or grill. Cook until well browned, flip over. Squeeze fresh lemon juice onto the cheese and eat.  Best when served warm, right off the grill!!  While there is a bit of mint already in the paste, crumbling a bit of mint onto the cheese before nom nomming wouldn't hurt!