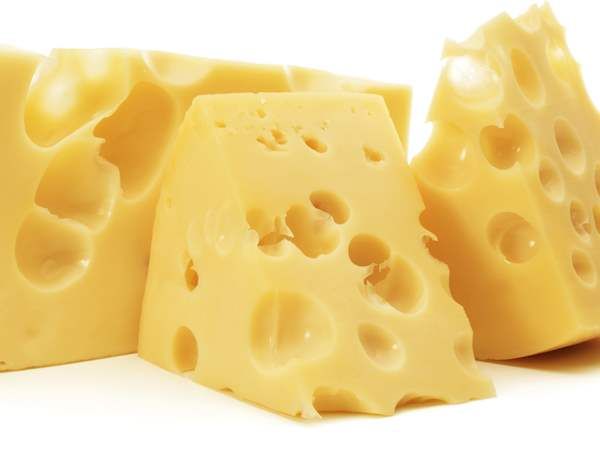 Maasdammer is a recently developed semi-firm Dutch cheese made from cow’s milk. The most characteristic feature would be the large ‘eyes’ (holes) that populate the cheese.

It was created in 1984 as an alternative to more expensive Swiss Emmental cheese and comprises nearly 15% of Dutch cheese production. It has a rich, creamy flavor and a smooth, firm texture with 25% less salt than other Dutch cheeses. Our Maasdammer won the first prize in both 1984 and 2010 in the Baby-Swiss category in the Madison Wisconsin World Championship Cheese Contest.

Maasdam is named after the Maas river that flows through the Netherlands, emptying into the North Sea.   The second half of the name “dam”  refers to a dam -  a wall that holds back water, so the dam on the river Maas.

Maasdam is very similar to Jarlsberg (some would say identical) with its’ large eye holes and nutty flavor.  Today this pasteurized, skimmed-milk cheese is made in both wheels and blocks.

How are Maasdammer's distinctive holes created? Propionic acid fermentation. The cheesemaker adds the carbon dioxide-producing propinonic acid bacteria to the milk during the cheesemaking process. The resulting carbon dioxide does not immediately escape from the cheese wheel during maturing and therefore makes hollow spaces or holes form in the cheese. The size and number of the holes depends on both the number of bacteria and the storage temperature as well as the storage time.

It ripens faster than other Dutch cheeses, being ready in four to 12 weeks. The outside shell of the cheese has smooth, waxed yellow or naturally polished rind similar to Gouda. Inside the paste is a semi-firm, pale yellow with big eyes. It has a creamy texture and a sweet, buttery, nutty taste with a fruity background. If eaten young, it tastes delectable with a sandwich or as a snack. Satiate your taste buds by melting the cheese on casseroles, soups or fondues.