Montasio is a raw cow's milk cheese from NE Italy. Montasio is the only DOP cheese of Friuli-Venezia Giulia, specifically Carnia, the northern portion of the province of Udine where the Alps meet the Adriatic. The cheese originated about 300 years ago in and around Tolmezzo, supposedly the invention of a lonely Alpine monk with a herd of cows to milk and some free time on his hands. Today the official production zone also extends to portions of the Veneto, but Friulians justly claim Montasio as their own.

Montasio producers will tell you that its unique characteristics are the result of three basic ingredients: the sweet grasses and hay of the land, the crisp air of the mountains, and the milk that results from this happy combination. The consortium that governs the production of Montasio monitors the cheese making process with a watchful eye; only milk from dairy farms within the DOP production area may be used. The cheeses are shaped into large, flat wheels, each bearing the official consortium stamp and numbered to identify the producer and the date of production. Montasio is classified and sold according to its age. At 2 months the interior is ivory-white, soft, dotted with holes and considered “fresco,” or fresh, with a tangy, grassy flavor. After 5 months it transitions to “mezzano” or semi-aged; the color turns slightly golden, the texture becomes firmer, and the flavor begins to deepen. After 10 months or more, Montasio becomes “stagionato,” or aged, with a deeper, nuttier flavor, straw-like color and firm texture.

Montasio is a wonderful table cheese, perfect for enjoying with one of Friuli-Venezia Giulia’s excellent white wines, a savory mostarda, or one of the luscious stone fruits that are grown in Friuli, such as peaches, plums, and cherries. Try grating some Montasio over hot pasta or gnocchi in a simple butter sauce with a sprinkling of poppy seeds, or melting it over roasted wild mushrooms. Montasio is the also the cheese that is used to make frico**, a beloved dish that is relatively unknown outside of Friuli-Venezia Giulia, but somewhat of an icon of Friulian cuisine. A frico is basically a thin “cake” of grated Montasio, cooked in hot pan with a bit of olive oil. An aged Montasio will result in a crispy frico, while a younger cheese will make a fricco that is soft and melting in the center. 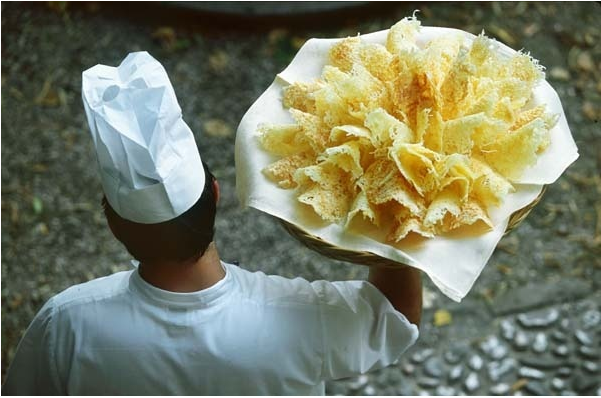 **Frico Recipe  If you've never tasted frico, you're in for a delightful treat. Basically fried cheese, frico is a main staple in the Friuli-Venezia Giulia region of Italy. A simple dish, Montasio cheese is fried in a pan with olive oil similar to a pancake until hardened and crisp. It's then broken up and eaten as a snack or appetizer. It may also be cooked in a manner that will resemble an omelet.

These cheese crisps can be made in a nonstick sauté pan one by one, but it's more efficient to make them in batches on baking sheets in the oven. The goal is to let the cheese melt to create a texture that's lacy but that still holds together, so be sure to sprinkle the cheese lightly. Serve as an hors d'oeuvre or to garnish a green salad.

Preheat oven to 375°. Line a large rimmed baking sheet with silicone mat.  Working in 2 batches, scoop 8 mounds of finely grated Montasio cheese (in a pinch you can use Reggiono or Gran Kinara) - 1 tablespoon per mound -  onto mat, spreading each mound about 3 inch wide and spacing at least 1 inch apart.

Bake cheese until light brown and melted, 5–6 minutes (check occasionally while baking so it won't turn too brown). Remove sheet from oven and let frico cool completely. (To shape frico, leave baking sheet in oven with door open; use a small offset spatula to remove frico one at a time, working quickly to shape. To form tuile-like shapes, gently roll warm frico around the handle of a wooden spoon. To form cups, press onto the bottom and up the sides of a mini muffin pan. Keep frico warm until ready to mold; it hardens quickly as it cools.)