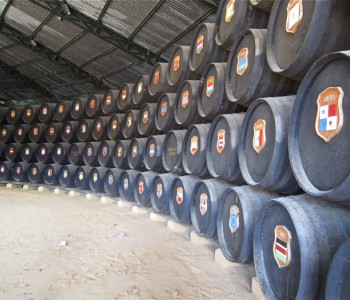 Here's an article I wrote on Sherry, which appeared in the Jan/Feb 2012 issue of Alameda and Oakland Magazine

Sherry – Not Just for Grandma Anymore
Sherry is one of the world's most misunderstood and under-appreciated wines. Most folks who don't know about Sherry think it's either for cooking or for solely to serve when your grandmother visits.

Sherry is classified as a fortified wine – one that's made stronger by and preserved by the addition of brandy. Sherries can age for years, or even decades.

Sherry wines are non-vintage, but blended from different vintages using a system called a Solera** (a Solera is both a process and a name for the stack of barrels used in the process of aging sherry – and other alcohols – by fractional blending in such a way that the finished product is a mixture of ages, with the average age gradually increasing as the process continues over many years).

Sherries can be vinted either sweet or dry, or anything in between, and are perfect as an aperitif, accompanying a meal, or as a dessert wine.

I once had a wonderful dinner at a friends' home – Andy and Tanya Booth, who own The Spanish Table in Berkeley and Mill Valley – consisting of many small courses, all paired with different Sherries. It was the first meal I'd had where Sherry was the only accompaniment, and I was amazed at how well the meal and wines worked together!)

Sherry is named for the Spanish city of Jerez (pronounced hair-eth), located in far southern Spain. Sherries can be divided into three distinctive categories – fino, oxidized and sweet.

Finos and the oxidized sherries are made from Palomino grapes, while sweet sherries rely on Pedro Ximenez or Muscat grapes.

Dry and off dry sherries start off a dry white Palomino-based wine, fortified with brandy. Wines that are destined to become Fino and Amontillado are lightly fortified, for the winemaker wants to encourage the growth of a surface yeast, specific to the area, called Flor. Dry sherries wouldn't be Sherry if it weren't for the Flor.

If conditions are right, the Flor covers the wine while it ages in barrel. This prevents the wine from becoming oxidized, keeping flavors fresh, light and delicate, with a slightly nutty and salty tang. This type of Sherry is called Fino if it comes from Jerez, and Manzanilla if it comes from the neighboring town of Sanlucar.

Fino or Manzanilla may be further aged without Flor. The wine and become darker in color, and takes on more nutty, complex flavors, darker color and a caramel aroma. It's then called Amontillado.

The next class of sherries doesn't utilize Flor for aging and uses oxidation to age and change the wine's character. These sherries are darker in color and range from dry to off dry in flavor. These wines have a higher alcohol content (more brandy is added to prevent Flor from forming). These wines are called Oloroso. Another type of oxidized sherry – Palo Cortado – is simply a Fino that has lost its Flor and allowed to age and oxidize like an Oloroso. Palo Cortados are generally drier than Olorosos and have a delicate mouthfeel.

Sweeter Sherry is made by adding wine made from the Pedro Ximenez (PX) or Moscatel grapes. These wines are made sweet by either partially drying them in the sun prior to pressing and fermentation, or by boiling the finished wine into a thick syrup. A good Moscatel has aromas of orange and spice, while PX tastes of raisins. These sweeter wines can be added to fino (called Pale Cream Sherry), added to oloroso (called Cream Sherry), added to Manzanilla (called Medium Sherry), or made from 100% Muscat or Pedro Ximenez grapes.

Try fino, amontillado or manzanilla with grilled shrimp, Marcona almonds, Manchego cheese, cured ham (Spanish or Italian), or as an aperitif; Oloroso works well with richer dishes – mushrooms, game and red meats, nuts, aged and strong blue cheeses; while sweeter sherries are great with creamy desserts, chocolate flavors, plum or cherrie pies, or by itself alongside a cup of coffee at the end of a meal.