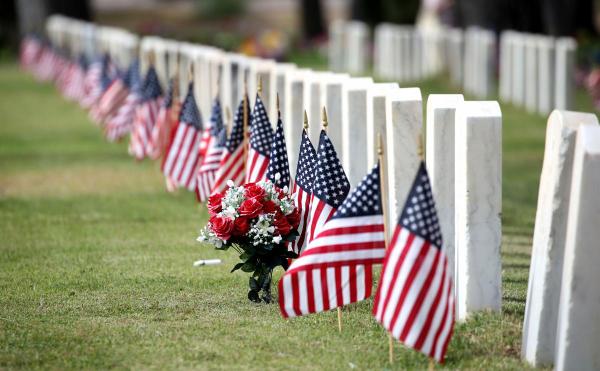 While many of us look upon Memorial Day as the start of Summer or beginning of the barbecue season, I'd like to remind us all about the origins of this day of remembrance.

Memorial Day is a federal holiday set aside for remembering the people who died while serving in the country's armed forces.

One of the very first known observances took place on May 1, 1865, in Charleston, South Carolina, right after the end of the Civil War;  a group of freed slaves - men, women, and children - had buried the bodies of Union soldiers after Confederate soldiers had evacuated.

On May 1, people gathered for a parade in the fallen soldiers' honor, singing hymns and placing flowers at the fighters' graves.

A few years later, Union General John A. Logan declared there be a date of remembrance for those who died during the Civil War.

He chose May 30, 1868, because it wasn't the anniversary of any battles. However, Southern states opted to create their own day specifically for Confederate soldiers. As a matter of fact, there are several states that still hold a commemoration for the people who fought for the Confederacy.

By the 20th century, competing Union and Confederate holiday traditions celebrated on different days had merged, and Memorial Day eventually extended to honor all Americans who died while in the military service.

Please, try to take some time to reflect upon those who paid the ultimate sacrifice in keeping our union strong and our country free.