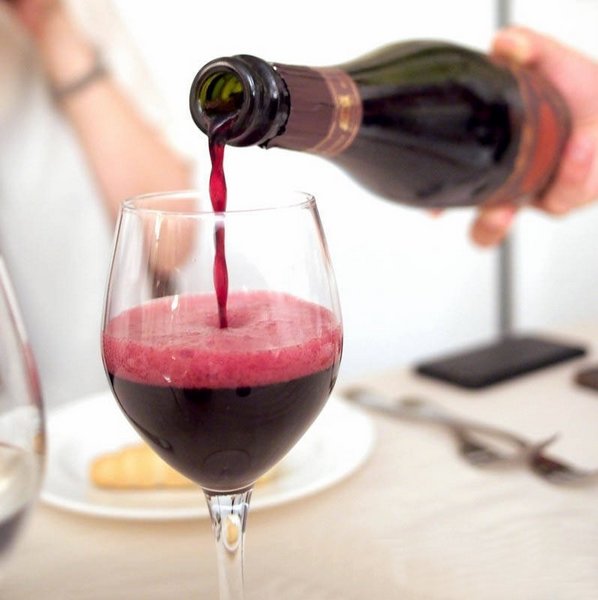 The food and wine holidays here at Farmstead just keep on coming!!

Oh, be still my heart - June 21st  is Lambrusco Day, an occasion to honor the wondrous and versatile sparkling wine category from Italy!!

We have a great selection of the many Lambrusco styles here at Farmstead - ranging from bone dry to the semi-sweet Amabile.  Lambruscos are the perfect accompaniment to pizza, salume, and pasta sauces, and work well for outdoor meals like picnics and barbecues.

Lambrusco is the name of both an Italian red wine family of grapes and the wines made principally from said grapes. The grapes and the wine originate from four zones in Emilia-Romagna and one in Lombardy―principally around the central provinces of Modena, Parma, Reggio-Emilia, and Mantua.

The grape has a long winemaking history, with archaeological evidence indicating that the Etruscans cultivated the vine. In Roman times Lambrusco was highly valued for its productivity and high yields, with Cato the Elder stating that produce of two-thirds of an acre could make enough wine to fill 300 amphorae.

The most highly rated of its wines are the frizzante (slightly sparkling) red wines, designed to be drunk young, from one of the eight Lambrusco denominazione di origine controllata (DOC) regions.

Throughout the 1970s and 1980s sweet Lambrusco was the biggest selling import wine in the United States, but that is only one style - most Lambruscos are dry.

Most Lambruscos are made from more than one Lambrusco variety and are additionally often blended with a number of specific blending grapes (max. 15%). The grape vines are often trained high above the ground to prevent the development of mildew. Historically the vines were trained to climb up poplar trees. The grape itself is not particularly sweet but many of the commercial Lambrusco versions are sweetened by either partial fermentation or with the addition of rectified concentrated grape must.

When not fermented sweet, the Lambrusco grape is capable of producing an excellent dry wine with strawberry notes and a slightly bitter finish.  By the end of the 20th century, ampelographers had identified over 60 varieties of Lambrusco scattered throughout Italy, including in Piedmont, Sicily, and the Veneto.  The most widely planted variety is Lambrusco Salamino.

How to celebrate: Come into Farmstead and buy a bottle or five. Take bottles home and chill down.  Open a bottle. Pour Lambrusco into a glass. Drink. Repeat the last two steps until the bottle is finished.