Bastille Day with Mac and Cheese 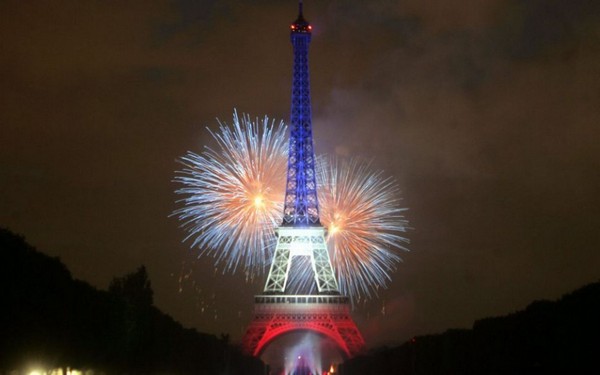 July 14th is one of those rare double holidays, for not only will the French be celebrating their national day, but comfort food lovers around the country will be basking in the glory of National Mac 'n' Cheese day!  Bestill my heart.

Celebrations are held throughout France. The oldest and largest regular military parade in Europe is held on the morning of 14 July on the Champs-Élysées in Paris, in front of the President of the Republic, along with other French officials and foreign guests.

The Bastille was a military fortress and prison, and it was overtaken by a violent mob on July 14, 1789, which helped usher in the French Revolution. Besides holding gunpowder and other supplies valuable to revolutionaries, the Bastille also symbolized the callous tyranny of the French monarchy, especially King Louis XVI and his queen, Marie Antoinette. July 14th is not only the anniversary of the storming of the Bastille, but it's also National Macaroni and Cheese Day!

It’s perhaps the king of comfort foods, the dominant dish of America, and a favorite of all ages all over the country.  Golden and gooey, baked and hearty, this sideline staple or main dish can be served up any number of ways, and on July 14, take the opportunity to celebrate National Mac and Cheese Day, also known as National Macaroni and Cheese Day.

Macaroni and Cheese was perfected in the UK, where it's called macaroni cheese; we call it mac 'n' cheese in the US and Canada.  Whatever you call it, this ultimate comfort food is made from cooked macaroni pasta and a cheese sauce, most commonly cheddar.

It originated in Italy using the waste of small bits of leftover dried pasta. It was boiled and cheese was added. It can also incorporate other ingredients, such as breadcrumbs, meat, and vegetables.

Traditional macaroni and cheese is a casserole baked in the oven; however, it may be prepared in a saucepan on top of the stove or using a packaged mix (Heaven forbid!!!).

The cheese is often first incorporated into a Béchamel sauce to create a Mornay sauce, which is then added to the pasta.

Pasta and cheese casseroles have been recorded as early as the 14th century in the Italian cookbook, Liber de Coquina, one of the oldest medieval cookbooks, which featured a dish of parmesan and pasta.

A cheese and pasta casserole known as makerouns was recorded in the famed medieval English cookbook, the Forme of Cury, which was also written in the 14th century.  It was made with fresh, hand-cut pasta which was sandwiched between a mixture of melted butter and cheese.

The first modern recipe for macaroni and cheese was included in Elizabeth Raffald's 1770 book, The Experienced English Housekeeper. Raffald's recipe is for a Béchamel sauce with cheddar cheese—a Mornay sauce in French cooking—which is mixed with macaroni, sprinkled with Parmesan, and baked until bubbly and golden.

Another recipe from 1784 stated that the small tubes of macaroni must be boiled, then drained in a sifter before being moved to a frying pan. Heavy cream is then added to the macaroni along with a "knob of butter" rolled in flour, and it must be cooked for five minutes before being transferred to a dish and topped with toasted Parmesan and pepper.

Thomas Jefferson and James Hemings, his chef and slave, encountered macaroni in Paris and brought the recipe back to Monticello. Jefferson drew a sketch of the pasta and wrote detailed notes on the extrusion process. In 1793, he commissioned the US ambassador to France William Short to purchase a machine for making it. Evidently, the machine was not suitable, as Jefferson later imported both macaroni and Parmesan cheese for his use at Monticello.

In 1802, Jefferson served "a pie called macaroni" at a state dinner. The menu of the dinner was reported by Reverend Manasseh Cutler, who apparently was not fond of the cheesy macaroni casserole. Nevertheless, since that time, baked macaroni and cheese has remained popular in the United States.

A recipe called "macaroni and cheese" appeared in the 1824 cookbook The Virginia Housewife written by Mary Randolph. Randolph's recipe had three ingredients: macaroni, cheese, and butter, layered together and baked in a hot oven. The cookbook was the most influential cookbook of the 19th century, according to culinary historian Karen Hess.

There's a gazillion great recipes for this wonderful dish - you can use any cheese or pasta types - experiment a bit!

So raise a glass in honor of our freedom-loving French brethren (without whose support in the Revolutionary War, there'd be no USA), and raise a spoon in honor of yet another contrived Food holiday.  Allons enfants de la fromagerie, le jour de gloire et macaroni est arrivé! 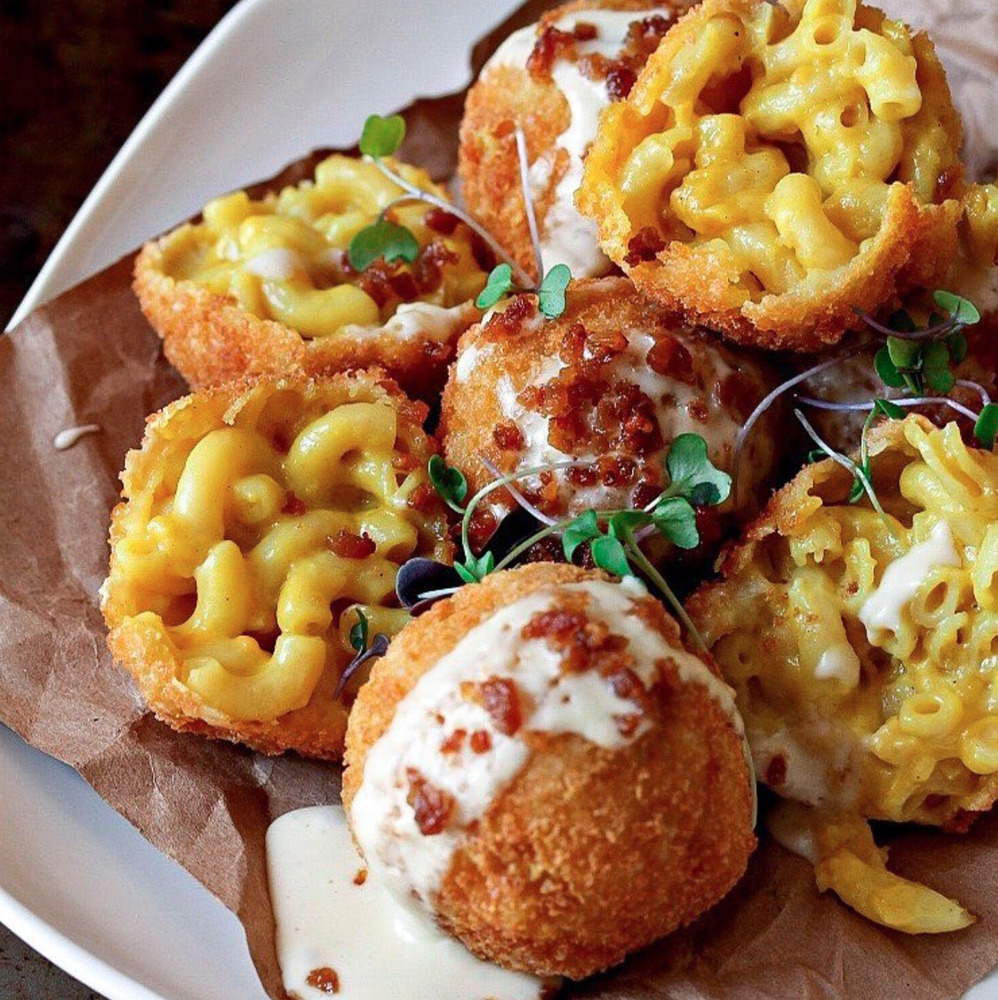