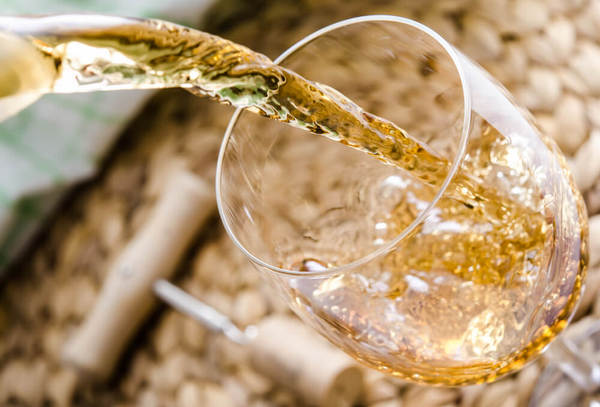 National Prosecco Day - August 13 -  is a day to celebrate that quintessential sparkler from the Veneto and Friuli regions of Italy.   Made from 100% Glera grapes and made using the Charmat method, Proseccos are generally less dry than their méthode Champenoise cousins, but are the perfect complement to Campari, Aperol, or the wine-based Capelletti red bitter liqueurs.

Prosecco is almost always made in sparkling or semi-sparkling style (spumante and frizzante, respectively), but a still wine (tranquillo) is also permitted.  Within the larger designation are two small DOCG areas, Conegliano Valdobbiadene Prosecco in the hills between the towns of Conegliano and Valdobbiadene, and Asolo Prosecco around the nearby town of Asolo.

Prosecco Superiore is always spumante and comes only from these DOCG areas.

Unlike Champagne and Franciacorta DOCG, Prosecco is usually produced using the alternative Charmat method, in which the secondary fermentation takes place in large stainless steel tanks rather than in each individual bottle, making the wine less expensive to produce, and the minimum production time is 30 days.

Higher quality Prosecco using this method will ferment the wine over a longer period, up to around 9 months (Charmat Lungo). Nevertheless, the production rules for both the DOCG's also allow the use of the traditional method of secondary fermentation in the bottle, known in Italy as Metodo Classico. DOC and DOCG rules allow up to 15% of Prosecco wine to be a blend of Verdiso, Bianchetta Trevigiana, Perera, Chardonnay, Pinot Bianco, Pinot Grigio, or Pinot Noir (vinified white).

Hpw to celebrate:  Go to Farmstead, buy some Prosecco, chill it down, open bottle, drink.  Alternatively, follow steps 1-4, and add some red bitter liqueur and make a Spritz!