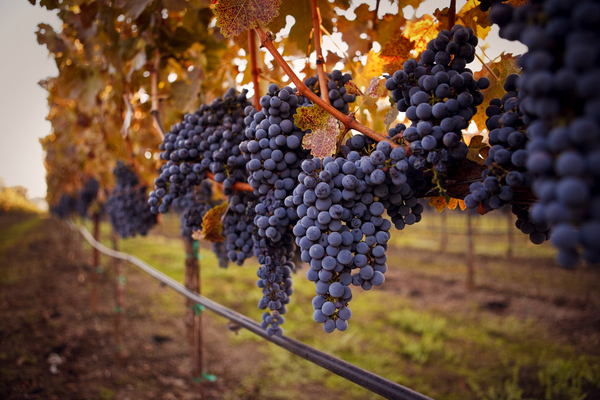 Yep, although I am sure that you've already had August 30 marked in your calendars, we're here to provide you with a friendly reminder of this auspicious day.

Cabernet Sauvignon comes in all shapes and sizes that help create a vast array of wines and wine styles. Depending on the terroir Cabernet Sauvignon is grown in, stylistically, the wine can range from elegant and refined, to light and uninteresting to powerful, rich, opulent, and forward.

Before you open your bottle of Cabernet, lets take a look at the history and character of wines produced from Cabernet Sauvignon. Cabernet Sauvignon is planted all over the world in a myriad of climates. In France, Cabernet Sauvignon reaches its full potential in Bordeaux, especially in the Medoc as well as in Pessac Leognan. It is used to produce much of the world’s most expensive wine.

It is also used to make a lot of inexpensive wine in France, as well as in other countries. In America, Cabernet Sauvignon achieves its finest expression in the Napa Valley, the Santa Cruz Mountains and other regions. There are of course fans of the grape that claim that the style of wine emanating from the volcanic, stony soils in California is their favorite. And there are also numerous consumers that feel the same about the wines from the gravelly vineyards in the Left Bank of Bordeaux.

Regardless, it’s always fun to taste and compare wines from either region.   Cabernet Sauvignon is the most famous red wine grape in the world, however, it was created relatively recently. At some point in the 17th century, French wine growers crossed Cabernet Franc and Sauvignon Blanc to create a unique grape with special flavors and tough, thick skins that made it easier to grow. The grape began earning a good reputation for producing strong wines of character in the 18th century. This was due to its success in the Bordeaux wine region.

It seems to have first taken hold in the gravel-based soils of Pauillac, the home of three of the five First Growth chateaux. Chateau Mouton Rothschild, then known as Chateau Brane Mouton, and Chateau d’Armailhac were two of the first well-known Bordeaux wine producers to embrace Cabernet Sauvignon. Today, Cabernet Sauvignon is the dominant grape in the Left Bank of Bordeaux. Cabernet Sauvignon is also the most important grape in Pessac Leognan, although it has competition with Merlot.

The actual discovery of the true origin of Cabernet Sauvignon is moderately recent. In 1996, a team of scientists led by Carole Meredith, the owner of Lagier Meredith, (a Rhône varietal producer from California) used plant DNA material to determine the fruit's origin. It is thought that the variety was created by an accidental crossing that took place sometime in the 17th century between Cabernet Franc and Sauvignon Blanc.

While the relatively hardy Cabernet Sauvignon grape can be grown in a variety of terroirs, it is at its best in poor, deep gravel soils and warm temperatures. It needs a longer growing season than Merlot and Cabernet Franc. It is most famous for the wines made in the Left Bank of Bordeaux, as well as for the wine it produces in California.

While Cabernet Sauvignon is almost always blended with other grapes in Bordeaux, there are numerous producers making 100% Cabernet Sauvignon in California.  The actual Cabernet Sauvignon berries are small. They have dark-colored, thick skins and can, under the correct conditions, become intensely, concentrated with flavor. It is the ability to offer concentrated flavors, refined textures, and complex aromatics, along with high levels of tannin allowing the wine to age and evolve that make this an ideal grape for producing wine.