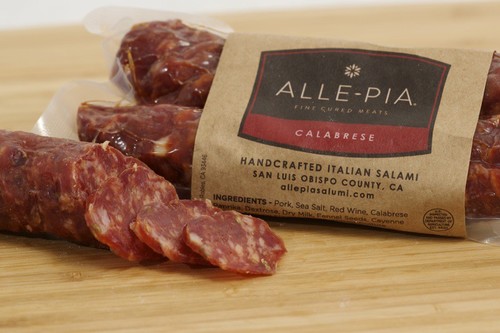 Salami is cured, fermented and air-dried sausage, popular in Italy and the Mediterranean, as well as around the world. This meat is convenient due to its relatively long shelf life, and it can be used in a variety of delicious recipes. Plus, it now has a special day just to call its own. It’s National Salami Day!

Salami has a relatively unknown history as its creation cannot easily be traced to a particular time. However, some researchers believe that the ancient Romans would eat salami as a part of a larger food group that used salt as a preservative which is probably where it got its name, since ‘salare’ is Italian for salt.

Most people consider salami to be an Italian food–and even the word is Italian! The English language simply used the pluralized form of the Italian word ‘salame’ to indicate the cased meat but, in English, ‘salami’ is singular.

As air-cured pork meat, salami is cased meat that was originally wrapped in a natural skin made of other parts of the pig. Sometimes it is also made from beef, wild boar, goose, venison or even duck for unique variations.

Meat for salami comes from different parts of the pig (or other animal), and should include a mixture of lean meat as well as fat in order to get the flavor just right. That’s why the look of the inside of the meat has a marbled looking texture. Although ‘lean salami’ has been popularized for its health benefits, most artisanal salami makers would say that the flavor is not as good.

To make salami, the meat is ground up to a fine texture and then flavored by adding spices or herbs. Some of the most popular flavorings include garlic, white pepper, vinegar or even wine. (Salami’s flavor is not as strong as its popular pizza-topping cousin, pepperoni.) Once stuffed into the casing, salami is usually aged in a fermentation and drying process that lasts between one and three months–or sometimes longer, even up to several years. 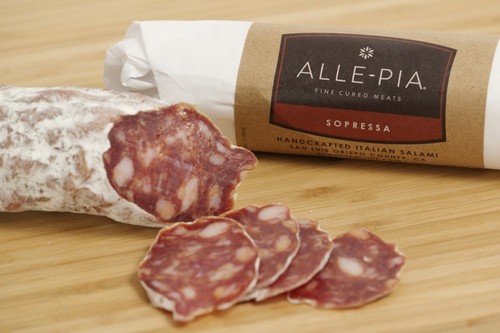 Today, Europe is a huge producer of salami. In fact, between Germany, Italy, France, Hungary, and the other countries that produce it, several hundred million pounds of salami are produced and eaten each year.

National Salami Day got its start fairly recently, in 2006. Started in Henrico, Virginia by a group known as the Salami Appreciation Society (SAS), the idea was that the salami is a meat that is far too often overlooked and it needed to be given its day in the sun. The official National Salami Day website offers fun tidbits and ideas for celebrating.

Crafted by an Italian-American family who own and operate two successful Italian restaurants, they started making sausages and salumi for restaurant use.   These products became so popular that they started selling them locally, and started a wholesale business originally to supply the many local wineries in Paso.

Each small batch is created with love by the talented Antonio Varia, Chef and Owner of Buona Tavola Restaurants in San Luis Obispo and Paso Robles, located in the beautiful Central Coast region of California.  For over two decades, Chef Varia has delighted residents and visitors with his inventive Northern Italian cuisine in his Buona Tavola (meaning "good table") restaurants.  Alex Pellini, Chef Varia’s nephew, came over from Italy in 2009 to help with the restaurant operations and has been instrumental in the creation and supervision of the salami production.

These all-natural salamis are made using only the highest quality ingredients and respecting the traditional Italian salami recipe.  Allepia only uses pigs raised without hormones or antibiotics who are fed a vegetarian diet. Allepia's artisan salumi are made using traditional techniques and all products are USDA inspected and approved. They are gluten-free with no added Nitrates or Nitrites - they use Swiss Chard extract as a preservative.