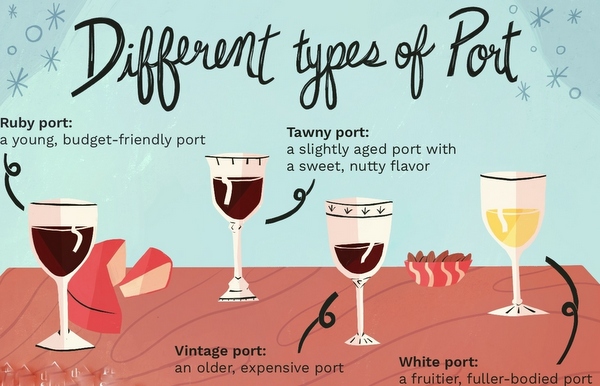 September 10th is an important day in Port wine circles, as it was on that day in 1756 that the Marquis de Pombal established the "Companhia Geral da Agricultura das Vinhas do Alto Douro" (Company for the cultivation of vineyards on the upper Douro).  Formed by the most important farmers of the Upper Douro and the Good Men of the City of Oporto, the Company was entrusted with the task of "sustaining the cultivation of vines, conserving the production of them in their natural pureness, in benefit of Agriculture, Trade and Public Health. In the same year, the boundaries of the Port vineyard area were demarcated and marked out with 335 stone pillars, known as marcos pombalinos.

In 1757 the first comprehensive classification of the Port vineyards was carried out (almost a century before a similar exercise was carried out in Bordeaux). Those producing the finest wines, known as vinhos de feitoria, were allowed to sell their wines for export and demand a higher price, whilst those making wines of more modest quality, called vinhos de ramo, were restricted to the domestic market.

The draconian actions of the Marquis of Pombal and the monopoly company, although unpopular at the time, resulted in an improvement in the quality of Port wine and ushered in a new era of growth and prosperity for both producers and shippers.  In establishing the geographical limits of the Port vineyards, classifying them according to quality, and establishing standards for the production of the wine, Pombal was a visionary precursor of the modern concept of an AOC (appellation d’origine contrôlée).

Port wine (also known as vinho do Porto, Porto or simply port) is a Portuguese fortified wine produced in the Douro Valley of northern Portugal. It is typically a sweet red wine, often served with dessert, although it also comes in dry, semi-dry, and white varieties. Other port-style fortified wines are produced outside Portugal, in Argentina, Australia, Canada, France, India, South Africa, Spain, and the United States, but under the European Union Protected Designation of Origin guidelines, only wines from Portugal are allowed to be labelled "port".

Port is produced from grapes grown and processed in the demarcated Douro region. The wine produced is then fortified by the addition of a neutral grape spirit known as aguardente to stop the fermentation, leaving residual sugar in the wine, and to boost the alcohol content. The fortification spirit is sometimes referred to as brandy, but it bears little resemblance to commercial brandies.

The wine is then stored and aged, often in barrels stored in a lodge (meaning "cellar") before being bottled. The wine received its name, "port", in the latter half of the 17th century from the seaport city of Porto at the mouth of the Douro River, where much of the product was brought to market or for export to other countries in Europe.

The Douro valley where port wine is produced was defined and established as a protected region, and the name Douro was thus an official appellation, in 1756, making it the third oldest wine after Chianti (1716) and Tokaj (1730). The reaches of the valley of the Douro River in northern Portugal have a microclimate that is optimal for the cultivation of olives, almonds, and especially grapes important for making port wine. The region around Pinhão and São João da Pesqueira is considered to be the center of port production, and is known for its picturesque quintas – estates clinging on to almost vertical slopes dropping down to the river.

Over a hundred varieties of grapes (castas) are sanctioned for port production, although only five (Tinta Barroca, Tinto Cão, Tinta Roriz (Tempranillo), Touriga Francesa, and Touriga Nacional) are widely cultivated and used. Touriga Nacional is widely considered the most desirable port grape but the difficulty in growing it and the small yields cause Touriga Francesa to be the most widely planted grape. White ports are produced the same way as red ports, except that they use white grapes – Donzelinho Branco, Esgana-Cão, Folgasão, Gouveio, Malvasia Fina, Rabigato and Viosinho. While a few shippers have experimented with Ports produced from a single variety of grapes, all Ports commercially available are from a blend of different grapes. Since the Phylloxera crisis, most vines are grown on grafted rootstock, with the notable exception of the Nacional area of Quinta do Noval, which, since being planted in 1925, has produced some of the most expensive vintage ports. Grapes grown for port are generally characterized by their small, dense fruit which produce concentrated and long-lasting flavors, suitable for long aging. While the grapes used to produce port made in Portugal are strictly regulated by the Instituto do Vinho do Porto, wines from outside this region which describe themselves as port may be made from other varieties.