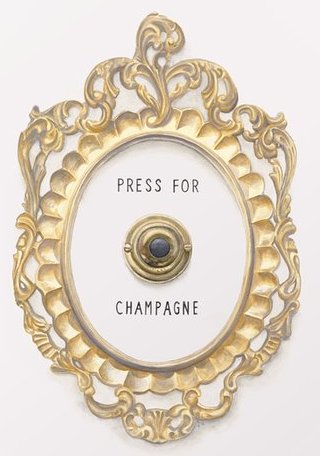 Global Champagne Day is celebrated every year on the fourth Friday in October. The beverage is a sparkling wine that originated and is produced in the Champagne wine region of France. Most champagne is produced with Pinot Noir, Pinot Meunier, and Chardonnay grapes; although smaller amounts of Pinot Blanc, Pinot Gris (called Fromenteau in Champagne), Arbane, and Petit Meslier are also used. Traditionally served in a Champagne flute, whose characteristics include a long stem with a tall, narrow bowl, thin sides, and an etched bottom.  Nowadays, the cools kids and Somms are drinking it in a white wine glass, as a flute tend to compress the nose on the wine, and a larger bowl makes the wine taste more expressive.

While Champagne used to be reserved for celebrations, especially New Year’s Day, right as the year begins; more and more people are discovering how versatile and food-friendly the wine is, and are dinking it with way more regularity

The oldest recorded sparkling wine is Blanquette de Limoux, which was supposedly invented in 1531 by Benedictine monks in the Abbey of Saint-Hilaire, near Carcassonne. The process was achieved by bottling the wine before the initial fermentation had ended. A hundred years later, an English scientist named Christopher Merret documented the addition of sugar to a finished wine to create a second fermentation. He detailed to the Royal Society what is now called ‘méthode traditionnelle,’ in 1662, but it would not be used for champagne until the 19th century, about 200 years later.

In France, the creation of the first sparkling champagne was accidental. It was called the “Devil’s Wine” because bottles exploded or corks popped as a result of the pressure in the bottle. At the time, the bubbles were considered a fault. The invention of the muselet by Adolphe Jaquesson in 1844 helped prevent the corks from blowing out. Even when it began to be deliberately produced as a sparkling wine, for a very long time champagne was made using the ‘méthode rurale,’ in which the wine was bottled before the initial fermentation had finished.

The production of champagne saw massive growth in the 19th century, from a more regional production of 300,000 bottles a year in 1800 to 20 million bottles by 1850. In that century, champagne was noticeably sweeter than the ones from today. A taste for drier champagnes began when Perrier-Jouët decided not to sweeten his 1846 vintage before exporting it to London. Thus, in 1876, the designation of ‘brut’ champagne was created for the British, to identify the driest champagne, made with less than 0.4 ounces of added sugar per liter.