San Salvatore was founded in 1988 by Giuseppe Pagano. The estate is located in the middle of the Cilento National Park, near Paestum, in the Campania region of southern Italy. The area is known for its ancient Greek ruins, rich biodiversity, and over 2000 years of grape cultivation. Of the estate’s 250 acres, the majority is devoted to vegetable farming and woodlands. Vineyards comprise 60 acres and there are 25 acres of olive groves.

The estate is certified organic and uses biodynamic methods. The water buffalo that roam the property are the sole source of fertilizer used on the vines, along with milk for mozzarella production. Solar powers the winery.

La Capranera is Pagano’s passion project of producing low intervention, organic wine from Cilento’s indigenous grape varieties at an accessible price point. “La Capranera, translates to “black goat” in Italian, is named for the breed of goats – cilentana nera – that graze in the national park near where the grapes for these wines are grown. Once on the verge of becoming extinct, the goats have had a resurgence in population.   Pagano: "I try to make modern wines with a brilliant, easy-to-drink and strongly territorial bouquet that, like the name of the animal, they are in their ease in every situation."

Responding to Campania's recent wine renaissance, La Capranera focuses on organic wines from indigenous grape varieties priced modestly enough that the greatest percentage of wine enthusiasts can experience these ancient varieties and the character of this place. The vines are sustainably farmed with organic methods, and the resulting wines offer a pronounced youthful vibrancy that sets them apart.

Now internationally celebrated, the wines of Campania are produced from three ancient, local grape varieties - Fiano, Falanghina, and Aglianico - harvested from vineyards in the Capaccio-Paestum area of Campania in the province of Salerno, in the middle of the Cilento National Park. The Tyrrhenian Sea is located just a few miles away, and that proximity has a moderating effect on the region's climate, producing excellent wines of exceptional ripeness and balance.

From vineyards with clay and chalk soils in Campania's Capaccio-Paestum area in the middle of the Cilento National Park. Widely considered indigenous to Campania, Fiano is known for low yields and intense aromatics; some believe ancient Rome's Apianum was created from Fiano. Fermented in stainless at low, controlled temperatures and then aged 8 months in tank. elegant bouquet, bright and very clean on the palate, white flowers, and pear with mineral notes. 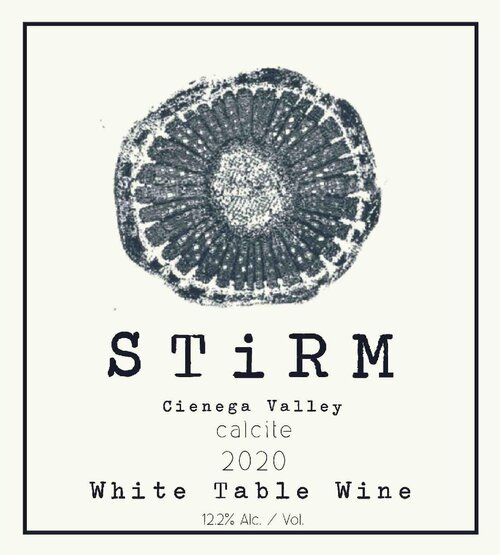 Ryan Stirm is a true Riesling fanatic. His arguments for why Riesling works so well in California are hard to refute after tasting his wines. He started his winemaking career in the US, teaming up with the now legendary Justin Willett from Tyler and Lieu Dit. After four years, he ended up working in the Wachau, Austria where he fell further in love with Riesling as well as Grüner Veltliner.

His winemaking philosophy is quite simple: whole cluster press everything, allow for short periods of skin contact, avoid SO2 until fermentation has completed, let indigenous yeast do their jobs, and fine/filter as minimally as possible. The ultimate goal is to let the vineyards shine through.

This bottling, 88% Riesling from Wirz in Cienega Valley, 6% Chardonnay from Glenwood in the Santa Cruz Mtns, and 6% Scheurebe from C5 in Santa Ynez, is an easy-drinking, late summertime wine, perfect for hanging out on the porch, waiting for the sun to set.  Dry, with notes of green apple and an intensely zippy minerality, with multitudes of white flowers on the nose.

The grapes were picked by hand over several passes between three different vineyards. At the winery, the grapes were given 24 hours of whole cluster maceration to extract tannins, aroma, and flavor compounds in the skins (Riesling/Scheurebe) and direct press (Chardonnay). No sulfur was added to allow the juice to oxidize. After a 36-hour cold settle in tank, the clean juice was racked off the solids to other barrels for spontaneous fermentation. The wine was sulfured post completion of secondary fermentation with elévage in barrel on fine lees. Racked off fine lees a month prior to bottling. Unfined and unfiltered. 32 ppm free sulfur at bottling, Bottled June 5th, 2021. 340 cases produced.

Vignerons de Grimaud is a co-op founded in 1932 by over 100 family-owned vignerons (winegrowers). It is situated near the gulf of Saint-Tropez and the heart of Provence. Today, the cellar now has more than 270 members spread over 12 municipalities.

Mainly planted with Grenache, Syrah, Cinsault, and Rolle (Vermentino), the vineyard producing this wine is located on the slopes perched at 500 feet in altitude, where it benefits from unparalleled sun exposure and the maritime winds blowing in from the Mediterranean Sea just a few kilometers away. Each varietal was planted on the most suitable parcel, allowing it to flourish and mature fully. The terroir is predominantly sandy-schist and limestone which allows the roots to grow very deep, making the vines more drought-resistant and contributing to the complexity of aromas and overall finesse of the finished wine.

This rosé blend is roughly 50% Grenache and 50% Cinsault. The grapes went direct to press with minimal skin contact, leading to the pale salmon color. The must was cold-fermented to preserve the aromatic freshness, and was matured in stainless steel.

Pale pink. Delicate aromas of strawberry and raspberry open to flavors of cherry, Jolly Rancher, alpine strawberry, and wet stone, and close with a wonderful burst of refreshing acidity on the finish. In true Provence style, this rosé is crisp, refreshing, and dry. It might even succeed in transporting you to St. Tropez.

Please scroll up for winery background.

Aglianico was cultivated in ancient Greece, and then brought to Italy and used to produce the renowned Roman Falernum two thousand years ago. Flourishing in the sunny vineyards of Campania and Basilicata, the grape is known for producing age-worthy, muscular wines. 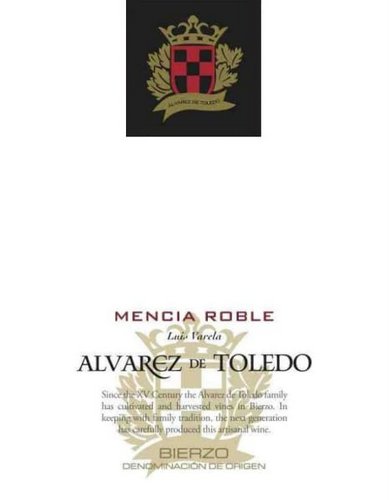 Alvarez de Toledo Mencia Roble is complex, full of fruit, and velvety smooth. It's ready to drink now, or hang onto it for another 2-3 years.  Mencia is the dominant indigenous grape of Bierzo, in northwestern Spain.  Some people compare its flavor to a combination of Pinot Noir and Cabernet Franc.

Manual harvest. The bunches are destemmed and squeezed gently, then they are fermented in stainless steel tanks with temperature control. The fermentation process lasts 12 days, during which pumping-over’s are made to facilitate the extraction of tannins and color. The wine then ages 10 months in American and French oak barrels with a capacity of 225 litters each.

Alluring aromas of mature berry fruits and toasty oak. This wine is structured, elegant, and light on the palate with vibrant red fruits, peppers, capsicum and herbs finely balanced with harmonious tannins and a lingering finish.

#8 in the Wine Enthusiast's Best Buy 100:  Mencia Roble stands out because of its strong fruity character bringing out all the characteristics of the Mencia grape variety. The time it spent in oak barrels accentuates these qualities by providing subtlety, elegance and complexity. On the palate, the wine is silky, fruity, with persistence and great kindness.

Welcoming aromas of berry fruit come with a bit of oaky menthol in support. A full palate, bright acidity and slightly edgy tannins make for a healthy ride. Plum, currant and juicy berry flavors are choppy on a fresh, bold finish. 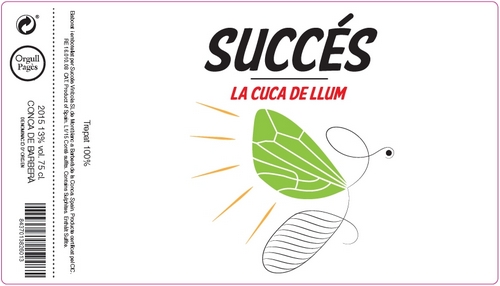 As a red wine, Trepat tends to give wines that are medium-bodied but fruity and with tons of character. They taste like a beefier version of Pinot Noir, Schiava or Gamay.  Trepat produces light-bodied, aromatic reds reminiscent of Jura reds.