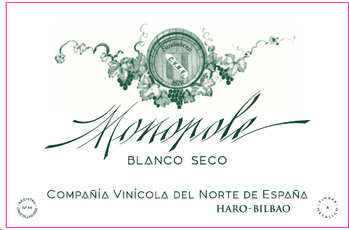 Cune (the initials C.V.N.E. are short for Compania Vinicola del Norte de Espana, but in common practice, everyone calls it "coo-nay") is a well known winery in the Rioja region that works in a very traditional style.

This legendary winery was established in 1879, and is credited as the reason for Rioja’s meteoric rise to international wine fame.  Between championing gravity-led processes and their eventual acquisition of like-minded wineries, they’ve had a profound impact on the state of Spanish wine.

From their humble beginnings near a railroad station in Haro, they’ve evolved into a winery that is exciting, dependable, and focused. Today their vineyards span the acclaimed plains of Rioja Alta and Alavesa, and their wines mature in the expanse that is their notable Eiffel cellar.

100% Viura, fermented and raised in stainless steel. One of the region’s iconic go-to whites, and in fact Spain’s oldest existing white wine brand, produced under the same name since 1915. 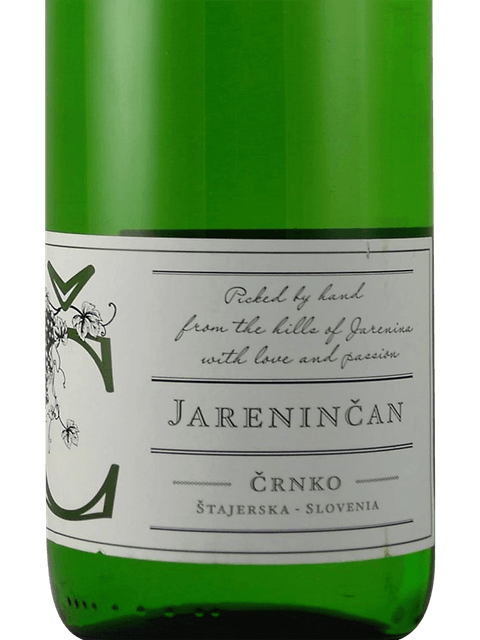 The Črnko farm is located on the eastern side of Slovenia, north of Maribor and just south of the Austrian border.  It is a breathtaking environment of endless rolling green hills lined with vineyards that stretch the length of the horizon. Until 1918, this area was known as Lower Styria (formally Austria) and had been for many centuries. Grapes have also been cultivated here for over 2,000 years in addition to famed aromatic hop fields and ethereal pumpkin seed oil; a real treat with the local wines. The rich agricultural diversity of these Slovenian Hills owes itself to fertile soils and the unique convergence of Continental, Alpine and Mediterranean climates. In large part it is the balance between these climates that make the wines of Slovenia so regional and so interesting. The bulk of Črnko’s production is divided between their line of single varietal premium bottlings and the easy-drinking house cuvée Jareninčan.

Jareninčan is a blend of Welsch Riesling, Sauvignon Blanc, Muller-Thurgau and Chardonnay. The percentages of this field blend vary from year to year, but always produce a balanced and highly drinkable wine, which until the 2009 vintage, had only been sold locally in the nearby village of Jarenina.

All the fruit is estate grown and sustainably farmed. Riesling dominates the aromatics offering juicy tangerine and quince notes to the silty minerality that Crnko wines often share. During the summers in the village of Jarenina, locals mix it with sparkling water and consume it long into the night.

These humble liter bottles represent half of Črnko’s total production.  High toned Laski Riesling and Ravenec, aromatic Muscats, and a silty minerality characteristic of the estate define this vintage. Thirst quenching and light on its feet with healthy acidity also make it difficult to set down. During the summers in the village of Jarenina, locals mix it with sparkling water and then proceed to consume well into the next day. 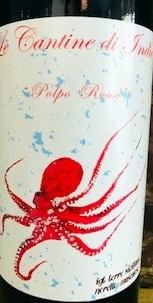 The vineyards of Nerello for Polpo Rosso are in Sambuca di Sicilia (Western Sicily).

Massimo Gregorio’s family has been making wine at this estate, on this hill, since 1730. However, it was Massimo that really found a passion for the art, and has dedicated himself fully to updating, and improving this beautiful family villa surrounded by green hills and valleys covered in vines, grains and land for grazing.

He turned all of the estate's agriculture to organic, and with the help of Stefano Borsa from Pacina, and oenologist Fabrizio Tomas, has also started focusing more on indigenous varieties rather than the international varieties planted at the estate in the 80’s.

It was Fabrizio Tomas that had the idea to plant Nerello Mascalese on this terroir close to Palermo on the other side of the island from Etna.  Grapes were hand-picked, macerated for around 6-8 days at cold temperature, destemmed, and left to ferment with skins in stainless steel vats for 5-6 days at a temperature of 75-77°F. Then the liquid part is drained from the bottom of the vat and the remaining skins are soft pressed. 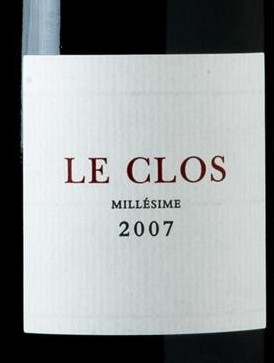 The Ancient Greeks perfected to the highest degree the arts of navigation and commercial trade. Beginning with the 8th century BC, they enormously increased their territorial holdings throughout the Mediterranean. Wherever they established trade relations, including the sundrenched southern coast of France, they introduced two new and valuable plantings: vineyards and olive trees. For this stroke of genius, we owe them an eternal debt of gratitude.  ​

At the intersection of ancient land routes which linked Spain to Italy by the Roman Via Domitia and the Mediterranean to the Atlantic by the Via Aquitania along the river valleys of the Aude and Garonne, the nearby city of Narbonne has long benefited from an extremely favorable trade location as well as the home of quality wine from the adjacent Corbières vineyards.

The Languedoc region along the river Aude is rich in history. It was here that the Cathar religious dissidents of the 12th and 13th centuries built their impressive citadels in stone high up on craggy rock crests, all but  inaccessible, so as to discourage enemy attacks. Peyrepertuse, Queribus, Puilaurens and Montsegur are the  most famous sites, largely in ruins today.

It is in this region where Hervé Gantier sources the grapes for his exceptional Vin de Pays, Le Clos de Sainte Eugenie.  ​  Le Clos has gained a reputation for high quality rosé, the red cuvee and the new white Le Clos at very attractive prices. Based in the village of Puligny-Montrachet Hervé Gantier has built his career on creating wines that offer tremendous value and quality. Le Clos de Sainte Eugenie wines are crowd pleasers offering classically French wines at affordable prices.

Domaine Sainte Eugénie is positioned within the district of Fontfroide, the sweet spot of Corbières, with an 800-year history of viticulture. The estate is located within the foothills of the Pyrénées along the Mediterranean coast. It is composed of 45% Merlot, 20% Carignan, 20% Grenache, 15% Cabernet Sauvignon. Bringing into play terroir and savoir-faire, tradition and exotic flair,  It is very soft on the palate, with a fresh, tangy acidity. The wine shows a wonderful balance, and is well-structured, elegant, and finishes with fine tannins. It will perfectly accompany a duck terrine laced with olives, a roast rack of lamb, barbecued beef or pork chops with fines herbs, as well as pheasant with wild mushrooms or boeuf bourguignon. 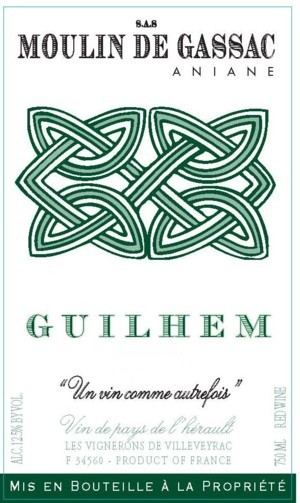 The producer, Mas de Daumas Gassac, has been variously described as 'Lafite in the Languedoc', 'the only Grand Cru of the Midi' and 'exceptional'.

Several years back, the folks at Mas de Daumas Gassac began working with a neighboring cooperative in Sête to produce fun, full-flavored wines from the surrounding countryside and rocky hillsides. The goal is to produce wines grown under the strict vineyard and winemaking regimens employed at this unique domaine. Organic farming is de rigueur and the vinification is closely overseen by the Guibert family.

The results are splendidly aromatic wines that bring out the terroir of this Mediterranean region. The wines are named after St. Guilhem, the patron saint of the area where the village of St. Guilhem le Désert, one of the most stunningly beautiful villages in Europe, draws people from all over the world. 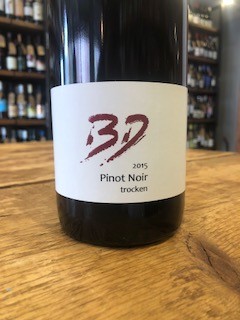 It is famously difficult to find great Pinot Noir on a budget. The finesse and elegance we expect from great Pinot just can't often be found for under twenty bucks. And if you're looking for something farmed organically? Even harder yet. That is, except this rare gem that checks all our boxes. It is unapologetically simple yet sublime for its crunchy red fruits, tempting floral notes, and earthy aromatics. You simply can't get better Pinot at this price point anywhere.

Work this into your regular rotation. You won't regret it.

The timbered home that houses this family-owned estate in Hainfeld was built in 1619, but the estate in its current form is far more recent than that. In 1990 Annette Borell and Thomas Diehl married and created Borell-Diehl by joining their families' three wineries into one.

Starting with a total of 13 acres, they have since expanded to 85 acres of vineyards, all within 3 miles of Hainfeld, about 1/2 hour drive from Deidesheim.

Their holdings are a complex geology of loess, limestone, red sandstone, with deposits of minerally muschelkalk (limestone) in some sites.

Annette and Thomas' oldest son George is now poised to take over leadership at the estate. Having staged at important wineries lin the Pfalz, Rheinhessen, and Saar, as well as an internship in New Zealand in 2016, he will continue the winery's focus on quality wines of extraordinary value.

All the wines are from estate-owned vineyards where rigorous crop thinning and hand-harvesting are the norm. In addition, no systemic pesticides or herbicides are used and there is no irrigation in the vineyards. As of 2018, the wines are certified vegan by the European Vegetarian Union.

This is Pinot in a modern, easy style with modest alcohol, fresh cherry  fruit and a lip-smacking finish.

All wines at Borell-Diehl are sustainably dry-farmed with no herbicides or pesticides.