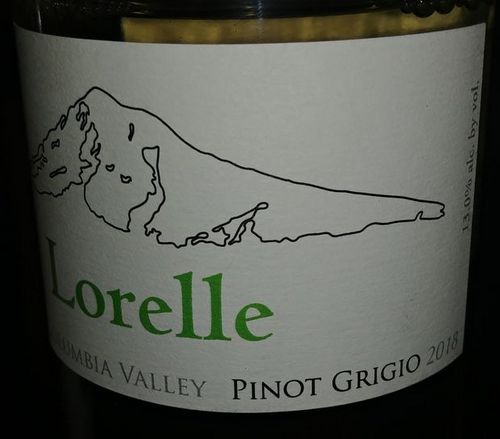 Lorelle is produced from a small, family-owned and operated winery. Better known as the people behind Six Peaks Winery, founders, John and Lynn Albin (UC Davis), along with their son, Andrew Albin (OSU), work together to produce Lorelle, which are both true to variety and excellent companions with food.

After a long stint as winemaker at King Estate, John planted his own vines at Laurel Vineyard in 1981. Nearly a decade later they expanded from viticulture to winemaking. Throughout John’s long winemaking history in the Pacific Northwest, he has had many opportunities to work with and befriend many talented farmers. These relationships are part of what makes Lorelle so special. They not only meticulously tend to their own vineyards for this project, but they also source some of the best fruit from the best growers year after year to make wines that are consistently delicious.

Flavors of pear, stone fruit and green apple. This wine is conventionally dry, but has enough ripeness to balance the wine’s natural acidity making it well-rounded and easy to enjoy.  The fruit for this wine comes from den Hoed Vineyard, within the Columbia Valley AVA, where it is a little cooler than other locations in the area. This cooler climate vineyard gives the wine unique freshness and bright acidity. This fruit is machine harvested so it is imperative that it goes immediately to the winery, this is why they ferment the grapes near the vineyard site in Richland, WA.

O&T (or in long form the Confrerie de Vignerons d’ Oisly et Thesée) has long played a leading role in the Loire winegrowing area of Touraine.

The vineyards that belong to the 60 “vignerons” that are a member of the O&T brotherhood are all situated east of the city Tours, in the vicinity of the villages Oisly and Thesée.

100% Sauvignon Blanc.  Cold maceration, which creates a very open, fruity, and aromatic profile. Aged in stainless-steel vat on fine lees; bottled in early (every February) to maintain maximum freshness and verve.  Pale yellow in color. Citrus, floral, and flint on the nose, with a medium-bodied palate and quenching acidity. A former vintage 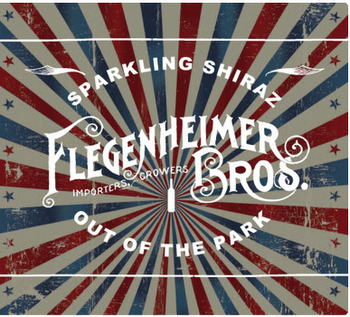 Flegenheimer Sparkling Shiraz Out of the Park - Sustainable

Benjamin Hammerschlag’s family arrived in the States from Germany in the late 1800’s. His great-great grandfather married a young girl by the name of Flegenheimer and joined her family’s business as New York Wine Merchants.

From Brooklyn to Yonkers, Hoboken to Newark, Flegenheimer Bros dealt exclusively in quality beverages. The business was established in 1876 and was still flourishing in 1919 when the manufacture, transportation, and sale of alcoholic beverages was outlawed in the United States through Prohibition.

Three generations later, the youngest Hammerschlag has decided to resurrect this heritage with wines of excellence from Australia. Big rich black fruits pair tightly with the dense high tannic structure of this Shiraz. Black pepper, anise, and tobacco play evenly throughout the palate, ending with blackberry preserves and a lingering finish

This sparkling Shiraz displays a vibrant lush garnet color and a bouquet of rich berry fruits, dark cherries, and soft lingering hints of integrated oak. On the palate bright juicy red fruits and sweet plum are bal- anced with silky tannins and a velvety smooth finish.

Lurid violet. Spice-accented blue fruits and succulent herbs on the fragrant nose and in the mouth; a subtle floral nuance builds in the background. Juicy, focused and energetic in style, offering good depth of flavor but no excess weight. Closes spicy and long, displaying a lingering boysenberry note and no obvious tannins. Idiosyncratic (as is all sparkling Shiraz, let's face it) and a great companion for a young cow's milk blue cheese.

One of my favorite places on the planet is the Süd Tirol, or Alto Adige as it's called in the rest of Italy.  Long a part of the Austro-Hungarian empire (ceded to Italy after World War One), this alpine region is surrounded on three sides by the stunning Dolomites (part of the Southern Limestone Alps).

It's this mountain range that helps to produce the soils that make Alto Adige so special. The broad spectrum of soils ranges from volcanic porphyry (in Merano, Bolzano, and Kaltern) to weathered primitive rock soils composed of quartz and mica (the Isarco Valley) to limestone and dolomite (the Bassa Atesina) to sandy marl (south of Kurtatsch), offering just the right underlayer to each grape variety.

Perhaps it's because of the contrast between the warm summers and cold winters of vineyards grafted onto the Dolomite foothills. With its generally cool nights even in the height of summer, Alto Adige is able to produce some very focused flavors and a degree of finesse.  In the more northern part of the appellation, farms tend to be smaller, and it is often economically unfeasible for small farmers to produce and market wine.

Colterenzio was formed in 1960 when 28 farmers formed a cooperative in order to gain their independence from the wine merchants of the time. These rebels named the newly-founded cooperative after their homeland, the small hamlet of Schreckbichl, (Colterenzio in Italian).

Alto Adige wines tend to be brighter, less reliant on oak, focused, and clean, and these value-priced wines from Colterenzio are benchmarks of those descriptors.

These are all value-priced wines, that hopefully will find their way regularly into your homes and into your glasses.

Made from co-fermented Schiava (aka Vernatsch) (95%) and Lagrein grown in stony, glacial sedimentary soils and aged in larger older wooden casks,  this offers bright wild berry and cassis flavors backed by black olive and licorice. 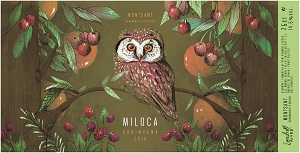 Winemaker Josep-Maria Vendrell is in his thirties, but he already has a lot of experience under his belt, having spent several years as an assistant winemaker in the Capçanes cooperative in Montsant.

His family owns 40+ acres, 17 of vines around the village of Marca in Montsant, not far from Falset.  He keeps the best old-vine lots of grapes and sells the rest off in bulk to Miguel Torres.

The trend in this area is to produce formulaic wines that show very little character other than the new oak that the popular winemaker-consultants in the area insist will please the journalists.

This young man is already bucking that trend, for he knows that the terroir (teruño in Spanish) of his area and very old vine (50-80 years) Garnacha and Cariñena are worth showing through in his wine. He is a winemaker to watch that strikes us as already being at the top of his game after only a few vintages on his own.

Vendrell's vineyards are farmed organically without synthetic fertilizers, pesticides or herbicides.  They are continuously plowed not only for weed management but to encourage deep root growth.  By doing this, the grapes will inevitably show the underlying character of the terroir but also be more resistant to drought.  His winery is perfectly suited to his artisan stature.  It is modern, but manageable by one person.  With the help of his father and an old family friend in the vineyards, this is truly hand-made wine that undergoes minimal handling in the cellars and leaps out of the glass once released from its bottle. 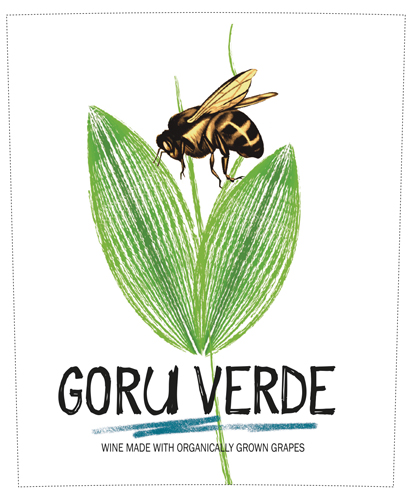 Santos Ortiz, of Spanish origin, and Ioana Paunescu from Romania, started from scratch in 2011, “con palicos y canicas” as they say in the region. This means that they were short of financial resources, but had an extraordinary talent for creating wines and coordinating financial, marketing, and sales department. “We launched a Project doing the opposite to what the books tell you or what you see in the industry.”

Aﬅer almost 6 months looking for a place to set up, they fell in love with a spectacular farm in an area known as the carpenter’s place, an elevated area of bunkers which had everything they wanted – it was high up so they could enjoy the beauty of the landscape and surrounded by their vineyards (Monastrell), which are well cared for and older than their combined ages. Located just a few kilometers away from the historical city of Jumilla, the winery has 35 hectares of vineyard, housing mostly native varieties like Monastrell.

Since the beginning, Ego Bodegas has taken a contemporary twist on wine-making and combined traditional methods with modern techniques. Their grapes are fermented separately in steel tanks, with capacities ranging from 4,000 to 12,000 kilograms.

The Green bottling is 100% Mourvèdre from 25+ year-old vines.    Jumilla is in a very hot and dry climate, and the grapes grow to full phenolic ripeness, while maintaining the lively and mouthwatering acidity necessary to maintain freshness.  Hand-harvested, fermentation in tanks.  90 points, Decanter, Wine Spectator, and Wine Enthusiast.  Top 100 Wine Spectator.

Spicy plum and berry aromas come with a level of roasted wildness that's familiar to well-made Monastrell from Jumilla. This is tight and well-structured, especially for the variety. Roasted, savory black plum and blackberry flavors finish smooth and easy.