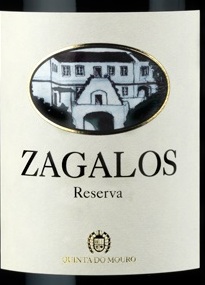 Few wineries are as emblematic of the small farm movement of the Alentejo in the 80’s and 90’s as Quinta do Mouro.

Quinta do Mouro is located at the gates of the walled city of Estremoz. Owned by the Zagalos family for centuries, Miguel Louro purchased the estate in 1979, planted the vineyards and produced his first vintage in 1994. This is a Quinta, or small vineyard, opposed to a Herdade (large rural ranch or farm), which is most common in Alentejo. The vines are mostly planted in schist soils, with low productivity and without irrigation. The production is 100% estate and harvest is done by hand in small 20kg boxes. Wines are still crushed by foot here at Quinta do Mouro and most are aged in 300L Portuguese and French oak barrels. A true classic Portuguese estate.

"People say that Miguel Louro has always been like this, an iconoclast. His fight is for authentic wines, for honesty and for creative freedom. He gets annoyed by a world of “certified, regulated, supervised” wines… “I am one of the few real winemakers. I make my own grapes. Consumers know that if they open a bottle of mine that it is from Estremoz.” And rest assured that “my wine has to be irreverent and controversial. As I am “… Whatever he does, whatever he says, his wines have a legion of faithful followers committed to his cause – and attracted by his image." – Manuel Carvalho, in Jornal Público 21.05.2016

The blend of essentially indigenous Portuguese varieties, Trincadeira (50%), Aragonez (30%), and Alicante Bouschet with 10% Cabernet Sauvignon, is aged for a year in used French and Portuguese oak casks, so there’s no overt oak flavor. And while it’s pretty irresistible now at seven years old, it will gain depth and nuance over the next five years.  Deep ruby color with garnet overtones. Aromatically intense with well-ripened red and black fruit and some spice flavors. Good volume and complexity in the palate, with round tannins and good acidity, long and fresh finish.

Quinta do Mouro is an estate in the large Alentejo region in the southeast of Portugal, which was planted with its first 15 acres of vines in 1989 by current owner and winemaker Miguel Louro and now extends to 80 acres of mostly indigenous varieties.

The 2015 Zagalos goes well with meat – lamb especially – with sautéed chicken livers and with duck, but its easy smoothness and freshness make it a match for vegetable-based dishes, too, as well as hard and semi-hard cheeses.