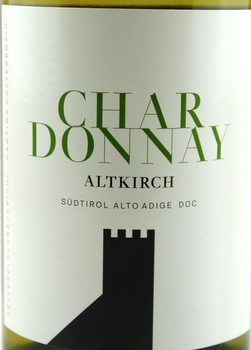 One of my favorite places on the planet is the Süd Tirol, or Alto Adige as it's called in the rest of Italy.  Long a part of the Austro-Hungarian empire (ceded to Italy after World War One), this alpine region is surrounded on three sides by the stunning Dolomites (part of the Southern Limestone Alps).

It's this mountain range that helps to produce the soils that make Alto Adige so special. The broad spectrum of soils ranges from volcanic porphyry (in Merano, Bolzano, and Kaltern) to weathered primitive rock soils composed of quartz and mica (the Isarco Valley) to limestone and dolomite (the Bassa Atesina) to sandy marl (south of Kurtatsch), offering just the right underlayer to each grape variety.

Perhaps it's because of the contrast between the warm summers and cold winters of vineyards grafted onto the Dolomite foothills. With its generally cool nights even in the height of summer, Alto Adige is able to produce some very focused flavors and a degree of finesse.  In the more northern part of the appellation, farms tend to be smaller, and it is often economically unfeasible for small farmers to produce and market wine.

Colterenzio was formed in 1960 when 28 farmers formed a cooperative in order to gain their independence from the wine merchants of the time. These rebels named the newly-founded cooperative after their homeland, the small hamlet of Schreckbichl, (Colterenzio in Italian).

Alto Adige wines tend to be brighter, less reliant on oak, focused, and clean, and these value-priced wines from Colterenzio are benchmarks of those descriptors.

These are all value-priced wines, that hopefully will find their way regularly into your homes and into your glasses.

100% Chardonnay.  Fermentation takes place in stainless-steel tanks with the temperature controlled at approx.65ﹾ F, a small part of the must is put in large wooden casks. The new wine subsequently matures for several months on the fine lees.  Pale yellow with green reflexes in color, delicate and floral in aromas. The flavor is infused with hints of exotic fruits reminiscent of pineapple, and mango; on the palate it is a concentration of mellowness and vivacity with classic mineral notes and crisp acidity.  90 points, James Suckling