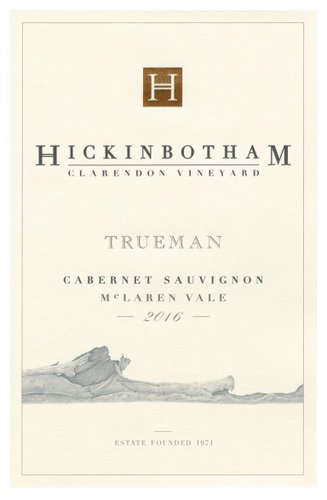 The first vines at the Hickinbotham Vineyard were planted in 1971 by Alan David Hickinbotham, son of Australia’s first wine science lecturer at the famous Roseworthy Agricultural College, Alan Robb Hickinbotham. This 450+ acre property of rolling hillsides remained under Hickinbotham family ownership for more than 40 years until it was purchased by the Jackson family in 2012.

The vineyard has been farmed according to organic and biodynamic practices since 2019.

The pedigree of the Hickinbotham Vineyard has long been established but, until the change of ownership in 2012, grapes from the 210 acres of vines were only ever sold to an esteemed list of winemakers. With wineries including Penfolds, Clarendon Hills, and Hardys, grapes were credited to flagship wines like Penfolds Grange and Eileen Hardy Shiraz.

It was only Clarendon Hills that released vineyard-designate wines bearing the “Hickinbotham” name. The character of the Hickinbotham Vineyard is profound and produces famously resilient wines with highly expressive character. The breathtaking views from the top of the site down over the vines towards the Onkaparinga Gorge command ancient ground that is the key to the innate power this site produces. The cooling breezes funnel through from the hills above and the coast below and lend a desirable freshness to the wines.

The Hickinbotham Clarendon Vineyard covers a steep cut of country from the ridgetops above the village of Clarendon to the Onkaparinga River in the gorge below. Since its establishment in 1971, the Hickinbotham vineyard has become a part of Australia's wine heritage, supplying fruit to produce many of Australia's greatest wines. At the helm of the historic vineyard since 2012, winemaker Christopher Carpenter is continuing the winemaking legacy that began at Hickinbotham nearly 50 years ago.

Cabernet Sauvignon grows in ideal conditions on the Hickinbotham Vineyard thanks to the combined influence of elevation, aspect, prevailing winds, weather and ancient soils. The ability to consistently retain expressive and fragrant aromas and obtain deep tannin ripeness with concentrated fresh flavors makes Trueman one of the estate’s most highly regarded wines. Trueman evokes aromas of ripe blackberries and bittersweet chocolate with hints of rose petal and wild sage. This transitions to an impeccably balanced palate with black plum notes and a fresh acidity interlaced with velvety tannins leading to a long memorable finish.

95 points, James Suckling: A fresh and fragrant cabernet with violets and dark rose-like floras, cassis, and blueberries. There is also a decent serving of spicy oak in the mix. The palate is smoothly arranged on sheets of formidably strong tannins, which are carried seamlessly into the finish. A stunning cabernet.
94 points, Robert Parker's Wine Advocate: The inky purple 2016 Trueman Cabernet Sauvignon is a super effort. It boasts intense, classic aromas of pencil shavings and cassis on the nose, then delivers rich waves of velvety but structured fruit on the full-bodied palate. If there's any complaint, it's that it's perhaps a bit too monolithic, but it's a young wine and should add layers of complexity given enough time in the cellar. It's not unapproachable now, but it probably won't fully hit its stride for at least five years and then be drinkable for at least a decade after that.
94 points,  Wine Spectator: Juicy and vibrant, showing terrific purity to the raspberry and black cherry flavors at the polished and refined core, with supple tannins and details of Earl Grey tea, violet, and toasted cumin. Impressive for the seamless harmony and the creamy texture, this shows a tug of grip from the tannins on the finish.
Category: High End Red