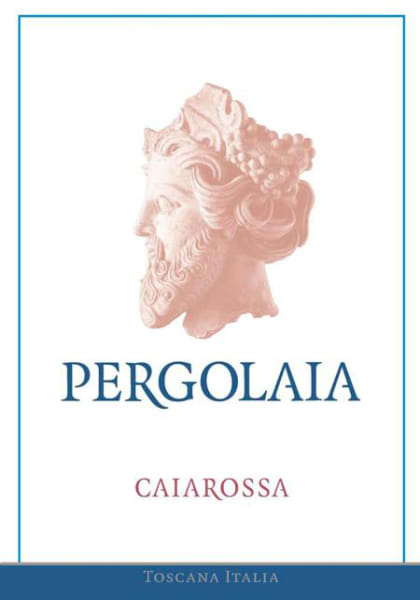 Caiarossa is located in the southernmost part of the province of Pisa, in the center of the Val di Cecina, near Riparbella, a small medieval village that lies on the southern slopes of Poggio di Nocola. The long winemaking tradition of these places, which has been around since the time of the Etruscans, is alluded to through Dionysus, the company’s symbol. His image is featured on the labels of the four red wines and two whites produced by the firm.

The company was founded in 1998 and occupies 70 hectares, approximately half of which boasts a mosaic of vineyards of 11 grape varieties. Olive trees and woods cover the rest of the estate. While the vineyards are biodynamic, inspiration in the cellar comes from geo-organic architecture and Feng Shui, elaborated at Caiarossa by architect Michaël Bolle. He defined the shapes, colors, lights, materials, and overall spatial orientation. Due to the design, which makes the most of the natural slope of the soil, the winemaking process follows gravity.

Pergolaia mainly consists of Sangiovese (about 85%) with Cabernet Sauvignon and Merlot added.   The grapes are harvested manually. The wine goes for 12 to 14 months in tonneaux (500 liter barrels) and then matures for another 10 months in partly concrete vats and partly wooden casks.

In the glass a bright ruby red color.  On the medium+ nose aromas of blackberries, black cherries, and Balsamic vinegar with hints of chocolate, licorice, light cedar, and black pepper.
On the palate dry, medium+ bodied with medium acidity and easy-going tannins. Soft and round in the mouth with lots of fruit (cherries, pomegranate), spices, and cinnamon. Nice persistent finish.

91 points, James Suckling:  An easy and polished Sangiovese with cherries and hints of chocolate and hazelnuts. Medium body. Light tannins and a crisp finish. Sangiovese with merlot and cabernet franc. Drink now.

90 points, Robert parker's Wine Advocate: The 2014 vintage of this blend was very easygoing and simple, coming from a cooler, rainy growing season. The 2015 Pergolaia, on the other hand, has broader shoulders. Each of the varieties are vinified separately: Sangiovese, Merlot, Cabernet Sauvignon, and Cabernet Franc. The wine offers a big and expansive mouthfeel, although the tannins were a little dry in the first bottle we tasted. In the second one, they softened out just a bit more.

Following the Tuscan tradition, Sangiovese dominates in this blend, shaping Pergolaia into a wine of intense bouquet, seductive body with soft tannins and superb depth. 80% Sangiovese with 17% Merlot and 3% Cabernet Franc, from the Podere Serra all’olio and Podere Nocolino vineyards.

Harvested by hand in September. Maceration on the skins between 15 and 25 days. Alcoholic fermentation in concrete tanks of 50 hectoliters (only indigenous yeast) at controlled temperature, max. 28°C. Two pumping-over a day for about 7 to 10 days, then once a day until the end of maceration. Malolactic fermentation in concrete tanks and wooden casks. Aged mainly in old tonneaux of 500L for about 12 to 14 months, then 10 months in concrete or wooden tanks of 25 HL.