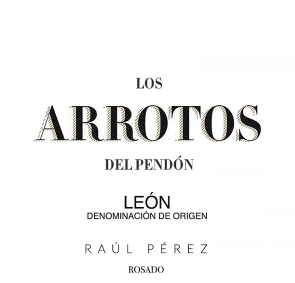 Raúl Pérez Pereira is universally considered to be one of the world’s most visionary winemakers. Since he produced his first vintage for his family’s winery in 1994 at the age 22, he has been in the forefront of the conversation about what has been called “The New Spain”.

The Arrotos bottling is 100% Prieto Pecudo, an indigenous grape.  The very old vines are planted to stony clays soils at 2600 feet above sea level.    The grapes were macerated on the skins for two days before bleeding off, and then fermented with indigenous yeasts in stainless steel tanks.  Left on the fine lees for four months for increased mouthfeel, and bottled unfined and unfiltered, this is a perfect wintertime rosé, with deep rich flavors.