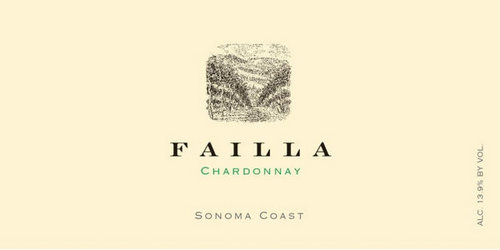 After cutting his winemaking teeth assisting a consultant in France’s Rhone Valley during the difficult 1992 and 1993 vintages, Ehren Jordan went on to make powerful Petite Sirahs and Zinfandels for Turley Wine Cellars. The lessons he learned in France about maximizing ripeness in challenging conditions now serve Jordan at the 85-acre property on the Sonoma Coast, about 2.5 miles from the Pacific Ocean.

In 1998 Ehren planted another parcel contiguous to their first, and in 2002 planted it with five acres of rootstock before grafting six selections of long-coveted Pinot Noir scion material the following year. Ehren’s commitment to the highest standards of viticultural practice, coupled with his education in France and throughout California, is expressed every bottle of Failla Chardonnay and Pinot Noir.

In 2004, he purchased 10 acres of land on the Silverado Trail in the Napa Valley that included a vintage yellow farm house and stone winery dating back to the 1800s. In addition to renovating the existing facility, the team built a state-of-the-art bi-level wine cave that's nearly 12,000 square foot and features a concrete egg fermentation room and gravity flow equipment.

"Simply put, Failla is a reference point winery for the Sonoma Coast. This is as good as it gets." - Antonio Galloni, July 2013.

Ehren’s viticultural training in France has forever infused his hands-on farming practices and his minimalist hands-off winemaking choices, ideals that have allowed him to coax out the various incarnations of his favorite varieties from different climates, soil types, and rootstocks. Inspired by Pinot Noir, Chardonnay and Syrah, Ehren has molded relationships with great farmers and added to his estate holdings and plantings (30 acres) to produce bottlings that capture the essence of California's finest regions.

This 100% Chardonnay is a blend of the following vineyards: 60% estate grown from Olivet, as well as fruit from these single vineyards:  Keefer Ranch, and Flood Gate. The fruit is whole-cluster-pressed where native yeasts are used for primary fermentation, and the wine naturally completes malolactic fermentation.

The wine is aged in a combination of 25% each in concrete egg, foudre, and neutrral puncheon, 10% each in stainless steel and 10% new French oak, and 5% in amphora.  The wine rests sur lie for about nine months before bottling. With its spine of sappy brightness and crystalline salinity, this wine displays all the dense, bright, and savory appeal of marine-influenced, wind-swept Sonoma Coast.

Aromatically the Chardonnay has more citrus-driven notes, with a sprinkling of yellow apples and pineapples. On the palate, the wine has refreshing minerality, a touch of well-integrated oakiness, and crunchy pears.