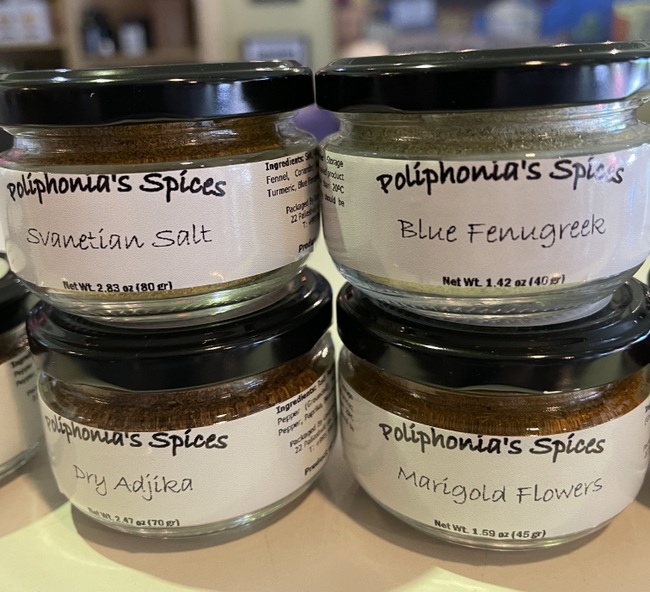 One of the highlights of my wine career so far was a mind blowing and mind bending trip to the Republic of Georgia,  located at the intersection of Eastern Europe and Western Asia in the Caucasus mountains.

While the main purpose of my trip to learn more about Georgian wine and winemaking technique (at 8000 years, the oldest wine region in the world!), discovering the culture and the cuisine of Georgia was an extra added benefit.

Georgians are rightly and  fiercely proud of their culture and cuisine.  Being on the Silk Road,  Georgia has been influenced by invaders and conquerors for millenia, and the cuisine shows influences of Persian, Turkish, Central Asian and Eastern European cuisines.

The concept of the supra or feasting meal is central to Georgian culture. Supra is offered to relatives, friends or guests. Every supra has its tamada (toastmaster), who gives the toast and entertains the guests.  Besides the toasts and polyphonic singing, the star of the supra is the food, anchored by wonderful spices.

We've brought in a few traditional Georgian spices - two composed salts, as well as blue Fenugreek and crushed Marigold flowers.   Each brings a touch of Georgian culture to your table.

Dry Adjika: The word ajika means salt in Abkhaz, the language spoken in the Abkhazia republic of Georgia, but it’s actually the second to last ingredient in the blend. So what’s actually in it? Crushed chili peppers, coriander, fenugreek, dried minced garlic, and marigold. The blend is described as spicy and there is definitely a little buzzy heat to it, but if you have a decent tolerance to spicy food in general, the level here probably will not feel uncomfortable.  It can be used in many dishes, but the most famous would be the dip, also called Adjika, a  pesto that often contains walnuts.    (There are many recipes on the web).    I use Dry Adjika on grilled meats and in marinades.

Svanetian Salt   is from Svaneti region in the mountainous north-western part of Georgia, has a unique fragrance and taste and is traditionally used as a flavoring for a variety of meat, fish, potato and soup dishes as well as a condiment instead of table salt. The salt mixture is handmade from 8 ingredients: Coriander, Dill, Blue Fenugreek,Dried Red Pepper, Crushed Marigold, Cumin, Salt and Garlic.

Marigold is from a plant family called tagetes.  Several varieties of tagetes are edible, but the most common one is tagetes patula. That’s the same flower woven into Indian garlands to decorate gods and honored guests, but only in Georgia is it used as food.  In Georgian, tagetes are called kviteli kvavili, which means yellow flower, or Imeretian saffron.

The flavor of tagetes is earthy, spicy, with a hint of green apple and orange. It plays a base note in the finished dish, lending a lingering brightness to  chicken stew with tomato and herbs, spice blends, chili pastes, or walnut sauces.   You can also try adding 1/2 teaspoon of ground yellow marigold to a bean soup or chicken stew. It marries well with coriander, cumin, chili pepper and onions. You can also fry ground marigold in butter and use it to garnish vegetable soups.

Little-known outside its country of origin, Blue Fenugreek, or utshko suneli, is indispensable to Georgian cuisine. Among other things, it is used in traditional blends such as khmeli suneli and Svanetian salt, alongside coriander and marigold petals.    It belongs to the same family as the fenugreek used in Indian cooking, but blue fenugreek has a milder, sweeter flavor reminiscent of walnuts and autumnal leaves. It’s picked towards the end of its bloom, and the seed pods are dried. When whole, they have a mild scent, but as soon as they’re ground, they develop a rich, warm perfume. Perhaps, that’s why in Georgian blue fenugreek is called utskho suneli, “suddenly appeared spice.”

Blue fenugreek owes its name to the color of its flowers. The small seeds are dried in their casings and once ground, are used in several dishes. They are especially popular in stews and soups, in vegetable dishes or poultry and even in nut-based sauces.  Blue fenugreek is used in vegetable dishes, in any preparation that includes walnuts, with meat, poultry and in Svaneti salt. Its savory flavor is almost addictive, and besides Georgian dishes, you can try using it to season ground chicken for spicy meatballs, in lentil soups or  in spinach dishes.