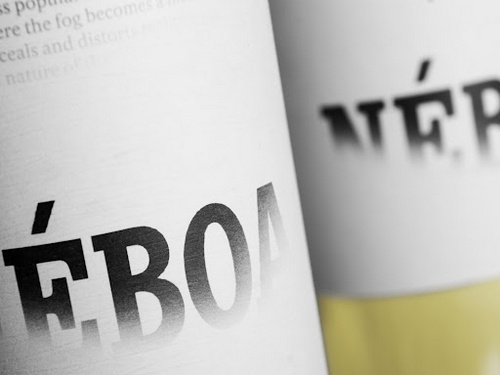 Néboa Albariño is 100% Albariño from an extraordinary plot with 75-year-old vines on slate soils. This is unique both because of the age of the vines, but also the slate component (most of the rest of the region is planted on granitic soils).   Vinification and elevage in tank on the lees. Low in alcohol (12%).

The cooler, higher elevation Condado do Tea subregion gives rise to a fresh, precise expression of Albariño in general and this particular site lends an intense mineral streak through the wine. A floral, blossomy nose with peach and apricot aromas which carry through on the palate with taut structure, complex fresh fruit, understated mid-palate weight, all on a strong backbone of mineral acidity.

Galicians have more the 70 words to describe rain and fog as it is a defining element throughout the region. Néboa is one such word, found in folklore texts to describe the fog that looms over the hillsides.

Néboa is a custom cuvee made for Valkyrie Selections by Bodegas Eidosela in the Condado do Tea subregion of Rías Baixas.  Located in the northwest Spanish peninsula, Rías Baixas is best known for its extraordinary wines made from the Albariño variety. The name of the region is from the Galician language, Gallego, which means “low estuary”. It is here the Atlantic Ocean makes inroads into the land amidst forests to form the ‘Rías Baixas’. Weather here is very special, with mild winters and a lot of rain (up to 62 inches per year!), which continues through early spring. Summer is the driest season in this area bringing very mild temperatures. Soils are very poor in nutrients, with high acidity content on a variety of terrains including sand, granite and slate.

Typical Rías Baixas parcels are very small (the average is about an acre), owned and tended by family growers who then work in cooperation with larger facilities. Bodegas Eidosela is one such organization, with the combined efforts of 61 growers, encompassing 115 acres   Vines are trimmed in pergolas at approximately six and a half above the ground to avoid the humidity caused by the high rainfall, and to help manage the canopy by allowing as much sunlight as possible.