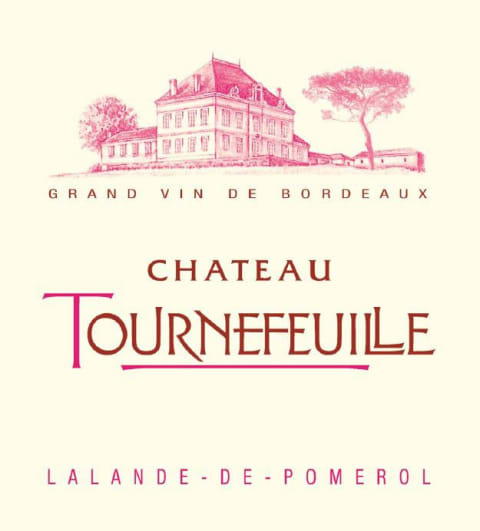 Bordeaux Primer:  Despite current trends towards regions like the Loire Valley and the Jura among wine geeks, Bordeaux remains the most popular wine region in the world.  It's also the largest, with 7500 producers, over 60 appellations, almost 300,000 acres planted to grapes, producing 75 million cases of wine per year!

The Bordeaux wine region has historically been regarded as one of the best wine regions in the world, especially when it comes to red wine production.   Home to what are referred to as  the Bordeaux grapes (Cabernet Sauvignon, Merlot, Cabernet Franc, Malbec and Petit Verdot --- and historically Carmenère), the region is divided in two:  the Left Bank, home to mostly Cabernet Sauvignon-based wines and gravelly soils; and the Right Bank, home to mostly Merlot and Cabernet Franc-based wines and clay and limestone soils.

The bank referred to in these names is the Gironde, a large estuary formed from the meeting of the rivers Dordogne and Garonne just downstream of the center of Bordeaux city. Covering 245 square miles, it is the largest estuary in western Europe.  The Gironde is approximately 50 miles long and two to seven miles wide.

Left Bank blends tend to be higher in tannins, alcohol and acidity. They are powerful, rich wines that are said to age a bit better than wines from the Right Bank. This is also the bank that made the region famous. Right bank blends tend to be softer, less tannic, and lower in alcohol and acidity. Because Merlot is the dominant grape, they are much juicier and usually ready to be drunk much earlier than Left Bank Bordeaux, and they’re often less expensive.

The success of Bordeaux can be boiled down to one simple trait:  location.  Bordeaux not only possesses an ideal climate and soil for growing grapes but, due to Bordeaux being a major port city, it also gave local winemakers the opportunity to access different regions of the world. Unlike landlocked Burgundy, Bordeaux was able to capitalize on the ships and wealthy merchants that filled its port daily, always sending them off with wine.  As wealthy merchants returned to their home countries with wine, Bordeaux’s acclaim spread. Wealthy trading classes in Great Britain and the Netherlands, having access to the merchants traveling back and forth to Bordeaux, began collecting the wine and it was from this point on that Bordeaux cemented its reputation as one of the fine wines of the higher class.

The view from Emeric Petit’s terrace at Château Tournefeuille is really something else. Turn left, there’s Château Trotanoy. Average price for the 2018…..$350. Turn right, hello, Château Lafleur-Petrus. Average price for the 2018….$250 Then, straight ahead, lies one of the most prestigious estates in the world, Château Petrus. Average price for the 2018….brace yourself….$5600. That’s per bottle. I don’t know where Emeric’s ancestors were when they drew the line between Pomerol (Petrus, Trotanoy, Lafleur-Petrus) and Lalande-de-Pomerol in 1780, but they definitely weren’t at the table. Emeric definitely misses out on some scratch but gains a legion of dedicated, die-hard customers because when you taste his brilliant 2014, it’s clear that Tournefeuille belongs in that neighborhood.

Chateau Tournefeuille is a lovely estate that dates from the mid-18th century and was acquired by the Petit family in 1998. It is owned and managed by Emeric Petit whose family have been in the wine business since 1735. Tournefeuille refers to the “turning leaves” on the windy hill where the property lies. Located in the village of Néac, Cha^teau Tournefeuille benefits from an exceptional terroir, very similar to that of Pomerol. Its vineyards are adjacent to some of the most prestigious estates in the Pomerol region, including Château La Fleur Petrus, Château Gazin and Petrus. In fact, Tournefeuille’s vineyards share the same blue clay terroir with Petrus.

In the early years of his ownership of the estate, Emeric Petit was assisted by the famous oenologist Mr. Jean-Claude Berrouet (of Petrus) and Ms. Catherine Cohen. Today, Emeric is a rising star and making a name for himself with his consistently excellent wines. Tournefeuille is a lovely boutique estate and a prime example of the new wave of attractively priced, outstanding wine coming from the right bank of Bordeaux. It is one of the leading estates in the Lalande-de-Pomerol appellation.

The vineyard is 18 hectares in size (44 acres) from a single vineyard. The vines are 40 years old in average and lie on clay-gravel soils. After manuel harvest, the grapes are sorted by hand and are fermented in concrete tanks. Vinifications are done by parcel to increase precision. The wine is aged 12-14 months in 80% new French oak before bottling. Estate grown and bottled.

92 points Vinous  The 2019 Tournefeuille has an outstanding bouquet with vivacious black cherries, hints of blueberry and a touch of cedar. This is very impressive in terms of focus and delineation. The palate is medium-bodied with pliant tannins and a slightly grainy texture. Very cohesive all the way through to the finish. This is a very commendable Lalande de Pomerol. Excellent.
90 points, Jeb Dunnuck
Checking in as 58% Merlot and 42% Cabernet Franc, the 2018 Château Tournefeuille has a juicy, fruit-forward bouquet of red plum and ripe black cherries as well as a touch of leafy tobacco and cedarwood. Nicely textured, medium to full-bodied, pure, and elegant on the palate, it has terrific tannins as well as outstanding length. This smoking good Lalande-de-Pomerol should keep for 8-10 years.
Category: Featured Wines