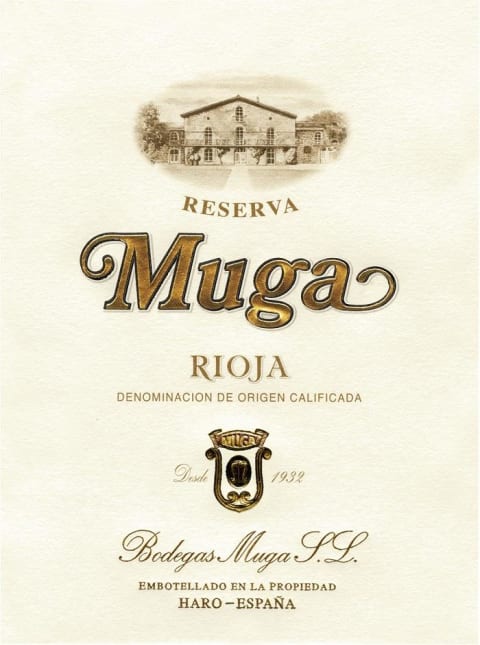 Bodegas Muga is Rioja Alta’s premier producer and the Muga family are unanimously considered to be one of Spain’s most important winemaking families. The winery has practically legendary status due to its philosophy revolving around adherence to tradition, dynamism, and winemaking of the highest quality. Few producers in the world fashion wines that have such a sense of tradition and place as Muga’s. The wines of Muga have an absolutely distinct, unique, and inimitable profile.

Bodegas Muga was officially founded in 1932 by the Muga family, who at that point had spent several decades working as viticulturists in Rioja Alta. At the time, the Mugas were in the negociant business of buying, blending, and aging wine. Soon after the foundation of the cellars, they started production of their own estate-grown wines. The winery is still owned by the Mugas and every single aspect of its operation is controlled and overseen by the family.

Although the Mugas have maintained all aspects of traditional Rioja winemaking, what makes the family great is their vision for the future and adaptability, while always holding true to their philosophy.

Composed of 70% Tempranillo, 20% Garnacha, 7% Mazuelo, and 3% Graciano, the Reserva is produced from a completely traditional and sustainable style of Riojan viticulture, which is in fact organic, but uncertified. Vineyards that are planted in the coolest, highest altitude parts of Rioja Alta. The vines grow on terraced calcareous clay soils from the Tertiary or Cenozoic period. The climate is continental with Atlantic influences.

A pied de cuve** is done to guarantee the quality of the indigenous fermentation in vats that are assembled by the winery's cooper. This is completely unique to Bodegas Muga. The wines are macerated and ferment in these vats and are transferred to barrels. The wine is aged 24 months in barrels with French & American oak chosen and assembled into barrels by Muga’s cooper. 12 months in bottle after egg white fining.

94 points, James Suckling:  Lovely, succulent red with juicy berries and plums, together with some chocolate, spice, walnut and cedar. It’s medium-bodied with round tannins and a flavorful finish. Touch of dried fruit in the center palate. A pretty combination of savory and fresh-fruit character. Some orange peel as well. A baby Prado Enea.

93 points, Robert Parker's Wine Advocate  The red 2017 Reserva, which is sold as Crianza in Spain, is their most popular wine, representing half of the total production of the firm. As is the norm here, it fermented in oak vats and matured in barrels, in this case for 24 months, crafted by their own coopers. The wine is fined with egg whites and kept in bottle for a further 12 months before it's released. I had the wine in the glass for a very long time, and it didn't stop improving; it started a little lactic and creamy, and then it got more and more serious. This is the only red they produced this vintage, so all the best grapes that normally go to other wines were used here; those selected grapes helped to keep the volume of this cuvée, and at the same time, it seems to have boosted the quality of this wine, which feels every bit as good as the 2016. It has a serious palate with fine, chalky tannins and very good balance. This is a textbook Muga red and a triumph over the conditions of the year, elegant and balanced, approachable now and with potential to age.

** Pied de Cuve is the winemaking equivalent of a sourdough starter. It is used by winemakers wanting to use wild yeast from the vineyard to ferment their wines. The process aims to build a population of viable (alive yeast) and vital (strong) in the wild yeast culture in a small volume of wine. This helps the winemaker to complete a clean fermentation (low volatility and reduction, without spoilage yeast or bacteria) that successfully consumes all of the sugars leaving a dry wine. The process involves picking a small number of grapes a few days to a week before all of the grapes are going to be picked. The grapes are crushed and allowed to start fermenting. This builds the population of the native yeasts that were present on the grapes. This culture is then added to the rest of the grapes when they are picked.