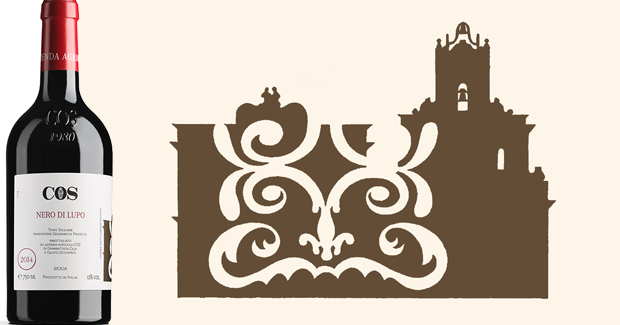 Giusto Occhipinti of COS is a benchmark producer in the Vittoria appellation of Sicily, and certainly, one of the most important, influential, producers in all of Sicily if not Italy as a whole.

The winery was founded in 1980 by three friends, Giambattista Cilia, Giusto Occhipinti, and Cirino Strano; the initials of their last names form the winery’s name. The winery itself dates back to the 1880’s during a period in which there was a huge demand for Sicilian wines. Phylloxera had already devastated many of the world’s top wine-growing regions but it had not yet reached the island.

Sicily has a long history of winemaking, dating back to the 8th century BCE when the Greeks first planted grapes in the eastern part of the Island. It is only more recently though that truly top quality wines and winemaking have arrived there. It was through the hard work and dedication of producers such as COS who showed the potential of Sicily’s terroir and drew attention to the island, especially its ability to produce complex, pure, and fresh wines, despite its location at the very southern tip of Italy.

This freshness and balance are helped by the soils in the Vittoria region which are blessed with limestone substrates under one to two feet of red clay. For Giusto, “the vineyard is like our life’s savings in the bank, so we must protect it.”

Protecting it means that they work organically and biodynamically in order to support the health of the soil. In fact, they have never used any synthetic or chemical additives in the vineyard since the outset in 1980. Officially, the winery was an early practitioner of Biodynamic viticulture starting in 2000 and was certified (Organic) as of 2007.

The climate of Vittoria is also generally warm and dry making it well-adapted to organic & biodynamic viticulture. Giusto and his vineyard team also prepare many of the Biodynamic treatments in-house, though a few are purchased elsewhere from small, reputable sources for these important products.   As a goal, Giusto seeks to have the transparency of the soil conveyed into the wines themselves.

To that end, he did extensive research on aging vessels and eventually decided on a combination of 440-liter clay amphorae sourced from Spain along with a collection of large neutral botti and also concrete tanks (latter mostly for the Frappato). The clay is porous like oak but has the advantage that it imparts less flavor to the wine than does even large, old casks. All aging at the winery is done in one of these vessels. Stainless steel is only used for assembling the wine prior to bottling.

For many of the wines, the juice remains in contact with the skins for extended periods, even for whites. Giusto feels these extended macerations help the wine obtain natural preservatives which in turn allows them do the aging and élévage with little or no added Sulphur until the bottling when there is only a small addition.

Among the wines, COS is probably best known for their Cerasuolo di Vittorio, but also equally for their Pithos Rosso which is basically a Cerasuolo di Vittoria aged exclusively in clay amphorae instead of oak.  Throughout the entire range, there is a focus on elegance and purity, especially the joyous, floral Frappato – Sicily’s answer to Cru Beaujolais – and the spicy, fruit-forward Nero di Lupo (Nero D’Avola).

Nero di Lupo  100% Nero d'Avola.  Hand-harvested from vines at least 15 years of age.   Spontaneous fermentation in concrete tanks on the skins, aged in tank for nine months, followed by three months in bottle.