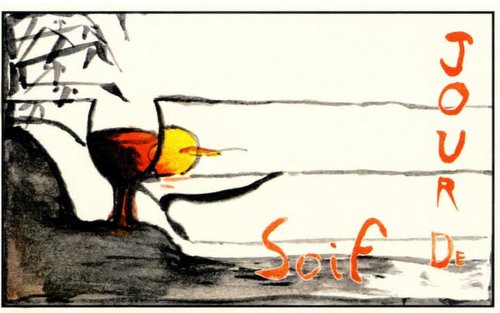 Since 1979, this master of Cabernet Franc has farmed 45 acres in the village of Benais—the heart of the Bourgueil AOC. With the help of his wife, Catherine, until her untimely death in 2016, and their son, Rodolphe, who joined the Domaine in 2005, Pierre does all of the vineyard work by hand and has been certified organic since 2000.

They plow the soil, maintain a cover crop between vineyard rows, use bud-pruning and green harvests to limit their yields, and thin the canopy three weeks before harvesting. This level of attention to detail is part of the secret to their success.

The Gauthiers treat the cellar with the same immaculate care. In fact, these cellars, containing mostly double barrels, are carved directly out of one of his vineyards in Benais, thus providing natural temperature control. They de-stem 100% of their grapes and employ native yeasts for long cuvaisons of up to three weeks.

Domaine du Bel Air is a certified organic estate that has been creating traditional wines from Bourgeuil for the past five generations. Throughout the decades, the Gauthier family enjoyed their wines privately until 1979, when they began to sell their wines commercially. Pierre Gauthier, the man who oversaw this transformation, continues to make the wines today alongside his son, Rodolphe (collaborating together since 2005).

The region is famous for its clay-limestone terrain, as well as the numerous, impressive caves carved into the tufa. These caves were created by the French as they extracted this porous rock (called "pierre de Loire" or "tuffeaux") over the centuries. This tuffeaux help create France's imposing fortresses against the barbarians (then the English), and were later transformed into breathtaking chateaux during the Renaissance.

Though rock excavation had significantly decreased after the Revolution – during which some chateaux were used as barracks, others for prisons - the practice continued in some areas as late as 1950. Today, the caves are used only for aging wines, a role at which these dark chambers excel, providing naturally steady, low temperatures in a quiet, humid, and light-free environment.

The Gauthiers’ wine cellars can be found in one of these such caves, its entrance nearly concealed by vines, with some of the domaine's vines growing just above.

Overall, the wines of Domaine du Bel Air are made in an unmanipulated, age-worthy style, particularly the "Grandmont" and their Monopole "Clos Nouveau". To some, especially to a growing number local insiders, they are quietly called "The Clos Rougeard of Bourgeuil". But don't tell too many people!