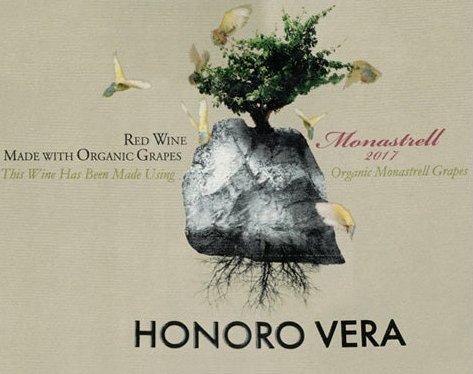 Monastrel is also known as Mourvèdre or Mataro, and is an indigenous grape to Southeastern Spain, where it was probably brought in by the Phoenecians.  Mourvèdre is native to Spain, where it is known as Monastrell and where more than 80% of its worldwide acreage remains today. At over 102,000 acres, is second only to Grenache (Garnacha) in importance. From the Spanish town of Morvedre (now renamed Segunto) near Valencia, Mourvèdre was brought to Provence in the late Middle Ages where, prior to the phylloxera invasion at the end of the 19th century, it was the dominant varietal.  People think of Mourvèdre as a French variety, but they are incorrect - it is Spanish.

The origins of Bodegas Juan Gil date from 1916 when Juan Gil Gimènez, great grandfather of the present generation, began getting involved in the world of wines and built a winery in the heart of Jumilla, Spain. His son, Juan Gil Guerrero, dedicated his entire life to the wine business, however, it was the third generation who really consolidated the winery. Juan Gil Gonzalez, together with his brother Paco, the founder’s grandsons, forged an image of quality, reliability and efficiency. The present Gil generation continually strives to maintain and improve the Juan Gil standard, which is evident through the remarkable wines they produce.

Almost 300 acres surrounds the winery of Bodegas Juan Gil. The rest is scattered in small parcels. These parcels have been acquired from farmers next to the property, in the area called “Termino de Arriba”, a favored zone for grapevine cultivation. The old, unirrigated vineyards are cultivated in quite an extreme climate.

This bottling comes from head-pruned grapes planted to limestone soils at high elevation in a region that receives less than 11 inches of rain per year, with extreme diurnal temperature shifts, resulting in grapes that struggle to survive, but that concentrate their flavor. . This wine exhibits great aromatic complexity, richness, and length. This mouth-filling Monastrell over-delivers in a big way. Complex nose of ripe plums and rich red fruit, combined with licorice and fig characters. On the palate the wine is generous, rich and spicy - weighty with good, concentrated red and black fruit, fine tannins, and fresh acidity on the finish.