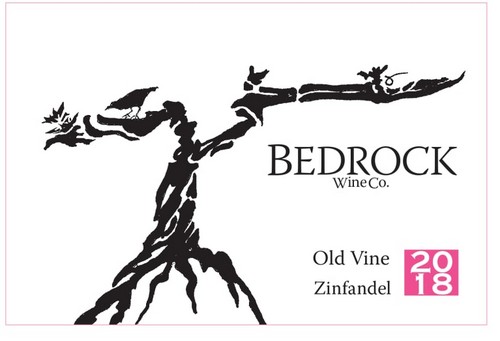 Bedrock Wine Co. was founded in 2007 by Morgan Twain-Peterson in a 550 square-foot, former chicken coop with ceilings eight feet high and no fermentation space.  After six years of Bedrock being a one-man-show,

Morgan was able to talk his best friend, Chris Cottrell, into moving to California from New York to join him. They now happily have a little more space to move around in but share the same objectives that guided the winery at the start. Bedrock Wine Co. is fundamentally about making wines that are hopefully a soulful expression of a vineyard and a year. Too often though, the critical link that binds a site to the winery is forgotten- the grower. It has been said a thousand times. It does not make it any less true. Great wine is made in the field.

Morgan Twain-Peterson was born at home in Sonoma, Ca. On January 6th, 1981 to Joel Peterson and Kate Twain. Raised at his father’s Ravenswood Winery, Morgan was exposed to wine and wine tasting at an early age. In David Darlington’s Angel’s Visits, it is noted that, “Morgan, at the age of five, could distinguish between Merlot and Zinfandel.” Morgan began making small lots of Pinot Noir at 5 from fruit given to him by the Sangiacomo family. Motivated by the best wines of Domaine Dujac, he began experimenting with whole cluster fermentation, different types of French oak, and various ripeness points.

Vino Bambino Pinot Noir, as the wine came to be known, was made from 1986 to 2001 and has been featured on the wine lists of Craft, Gramercy Tavern, Blue Hill (which featured the original 1986), Delmonico’s, Aureole, and Mesa Grill. While doing undergraduate work at Vassar (whose founder was a brewer of all things), and graduate work at Columbia University, Morgan worked as a wine buyer and salesperson for Arlington Wines and Liquors in Poughkeepsie, and Chelsea Wine Vault and Pet Wines in Manhattan. Morgan returned home to Sonoma in 2005 to work harvest at Ravenswood. From there he spent time as a visiting winemaker at Hardy’s Tintara in McLaren Vale (where he also spent a few highly educational days with Drew and Rae Noon at Noon Winery), and in the fall of 2006 was a visiting winemaker at Chateau Lynch-Bages in Pauillac. When not working for Bedrock Wine Co.,

Morgan is a manager of his family’s Bedrock Vineyards in Sonoma Valley, and is a member of Sunbreak Vineyard Services L.L.C, a vineyard management company run by Diane Kenworthy and Robert Burney. He has also passed the prestigious Master of Wine exam and upon successful completion of the dissertation will become one of the (less than thirty) American Master of Wine.

From Winemaker Morgan Twain Peterson, MW:  "In our experience, simple is often times the best. This stems from a personal belief that wines heavily manipulated and overly sculpted by activist winemakers tend to be less satisfying and soulful gustatory experiences whether they be from Sonoma, Lodi, Amador County, Chambolle Musigny, Gigondas or Serralunga."

Bedrock's "Old Vine" is 85% Zinfandel with the balance, according to the winery, "Mataro, Grenache, Alicante Bouschet, Carignan, Petite Sirah and scant amounts of the many other varieties that can be found in California’s older, multifarious vineyards.