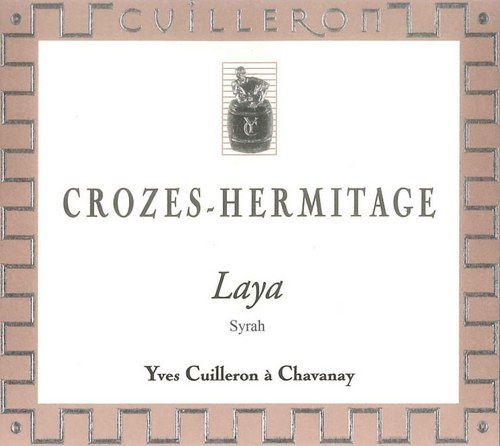 The Crozes Hermitage Laya comes from two hectares of vines from the “Malfondière” plot situated just south of Tain l’Hermitage. Laya is an old name district of Tain l’Hermitage. This is obviously all Syrah from deep, stony, sandy, loamy soils. The grapes are handpicked; and then sorted, crushed and partially destemmed in the cellar. Fermented in open top, temperature-controlled vats for about 3 weeks, with regular cap-punching and pumping-over. Alcoholic fermentation in vats with native yeasts and malolactic fermentation in barrels. The wine is then left to age for 16 months before bottling.

This is a rich, full-bodied version of Crozes with deep black-fruit notes. This is a substantial wine with plenty of ripeness and acidity.