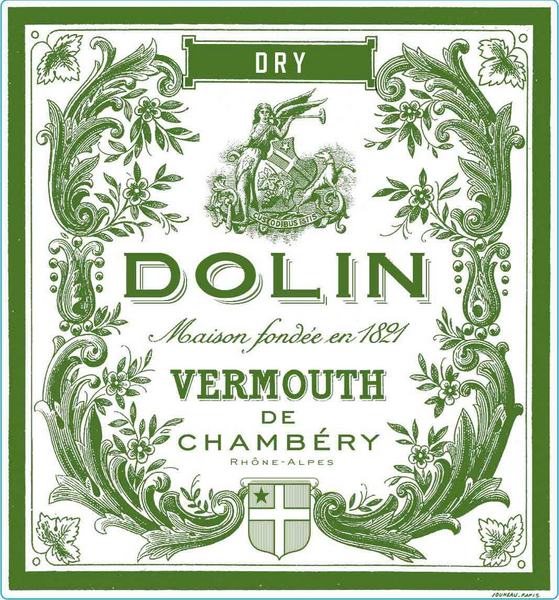 In the history of vermouth there are four principal production regions, each with its own distinctive style and varietals. Two of these regions are protected designations of origin: Vermouth di Torino and Vermouth de Chambéry, with a third, Vermut de Reus, awaiting formal recognition. Vermouth di Torino is the original “Italian sweet red,” generally rich and sweet. Vermouth de Chambéry is famous for a clean, light and floral style. These qualities made possible (and famous) the Martini at 1:1 gin to dry vermouth. Chambéry is also home to the first clear sweet vermouth, called "blanc." Vermouth de Reus are generally less sweet than Italian varieties, smooth and wormwood forward. Over 95% sold is Red (Rojo/Roig) on ice with olives and potato chips. Marseilles style (e.g., Noilly Original Dry) is historically a lightly aged, oxidative vermouth, made famous in the kitchen for deglazing and cream sauces. The West Coast/Modern styles had an uneven start post-war, but today there are quality products and sometimes unique taste profiles.

Dolin Dry is distinguished by its light, fresh and clean profile, which comes from a delicate wine base and more than thirty Alpine herbs. From its start in 1821, Dolin Vermouth de Chambéry has been the benchmark for fine French Vermouth. Its fresh and elegant nose, subtle and complex palate is the profile that made the 1:1 gin/dry vermouth Martini famous, and so often imitated by others. In the 1930s Chambéry earned France’s only protected designation of origin for Vermouth. Beyond mixed drinks, it is an ideal aperitif or accompaniment to raw shellfish, goat cheese or pesto. In cooking, Dolin Dry adds depth and an herbal character that normal white wine cannot.

Dolin Vermouth de Chambéry has long been the benchmark for fine French Vermouth. Made with fine wines of the region and botanicals found in the alpine meadows above Chambéry, together they impart a fresh and elegant nose, with a subtle and complex palate. Ideal as an aperitif or in cocktails. In the late 19th century, Dolin Vermouth de Chambéry won medals in Paris, London, St. Louis, and Philadelphia and in 1932 earned Chambéry France's only Appellation d’ Origine for Vermouth.

Dolin is among the few remaining independent producers of vermouth and the last producing Vermouth de Chambéry. Dolin continues to make the authentic product according to the principles which earned Chambéry France’s only A.O. for vermouth back in 1932. This means production in Chambéry itself, maceration of real plants rather than pre-prepared infusions, and sweetening only by grape must, wine and/or sugar. \

The particular quality of Vermouth de Chambéry was first identified in 1821 by Joseph Chavasse, whose son-in-law Ferdinand Dolin inherited the recipe and the now eponymous company. Dolin Vermouth was winning medals in Philadelphia, St Louis and London in the late 19th century, and still remains the benchmark for fine French vermouth. A hallmark of Vermouth de Chambéry was the creation of the Blanc (aka Bianco) style, a first clear vermouth, of which the Dry recipe has been celebrated in cocktails from the 1920s onwards.

According to Chavasse’s recipe, the base wine was made from local grapes. However, phylloxera led to replanting in the region with red varieties, or overly aromatic whites such as Jacquère. As with Cognac and Armagnac, the best base wine is very light, and as neutral as possible. Not surprisingly, the majority of the base wine now comes from the Armagnac vineyards of the Gers in addition to local/regional producers. On the other hand, the particular flavors and aromas of the plants are of crucial importance, and the Dolin secret recipe continues to be made from the herbs and aromatic plants naturally found in the Alpine meadows above Chambéry. These are individual vermouths of remarkable freshness, purity and complexity.