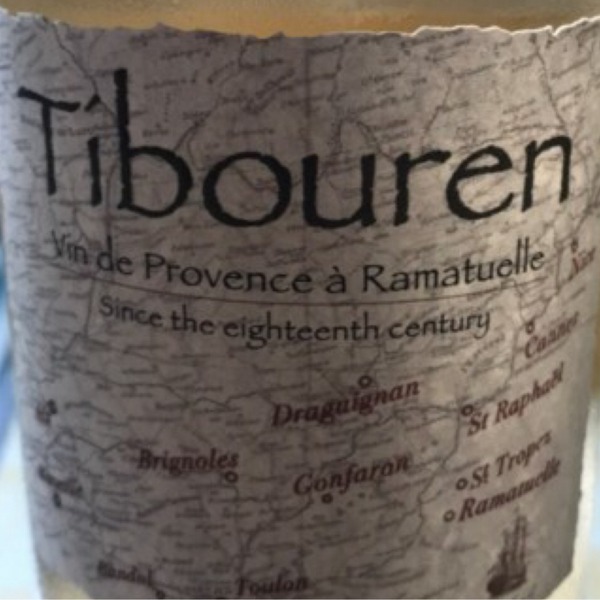 Tibouren or Rossese di Dolceacqua is a red French grape that is primarily grown in Provence and Liguria. It originated in Greece or possibly the Middle East    Intensely aromatic with an earthy bouquet that wine expert Jancis Robinson describes as garrigue,  Tibouren is often used in the production of rosés.

While the unique aroma and character of the wines produced by Tibouren are valued by producers, it is not a widely planted variety. This is due, in part, to the viticultural issues of the grape's sensitivity to coulure and tendency to produce highly irregular yields from vintage to vintage. The wines produced from Rossese are a local specialty found around Dolceacqua

While Tibouren today is almost exclusively associated with the Provence wine region, French ampelographer Pierre Galet suspects that the grape probably has Greek origins or possibly Middle Eastern. Galet's theory derives from the uniquely shaped leaves of the Tibouren vine, which include deeply incised lobes that are usually seen in Vitis families of the Middle East. He speculates that over the evolution of the grape its ancestor vines were brought to Greece and from there it was probably introduced to France by the Ancient Greeks at their settlement in Marseille.

One competing theory is that the variety was a relatively recent import to Provence that was introduced to Saint-Tropez, to the east of Marseille, in the 18th century by a naval sea captain named Antiboul (from which several synonyms of Tibouren are derived).

In concert with an impressive list of sustainable-minded growers, Domaine de Ramatuelle is not actually located in Ramatuelle, but further inland in Brignoles, one of the many historic and charming villages that are peppered about the sprawling hillsides of Côtes de Provence.  The grapes come from two communes - Ramatuelle and Gassin, located just below the world-favorite destination of Saint-Tropez.

Within these two communes, Ramatuelle’s team of growers farms 35 small, unique, sandy-schist parcels that are predominately old vines mainly planted in the 1950s—with some planted in the early 1900s!

After harvesting in September, the grapes are briefly macerated before the delicate juice undergoes a temperature-controlled fermentation with indigenous yeasts. It aged on its fine lees in concrete and stainless steel tanks for a few months before bottling with a very low dose of sulfur.

In the glass, a highly reflective salmon pink with silver hues, with notes of white peach, Rainier cherry, Ruby Red grapefruit, watermelon rind, citrus blossoms, tangerine peel, crushed stones, garrigue, rose water, and steely minerality.  It’s fresh, mineral, and creamy all at once, with a historic pedigree and a deep connection to the dusty soils and fragrant scrubland of Provence.