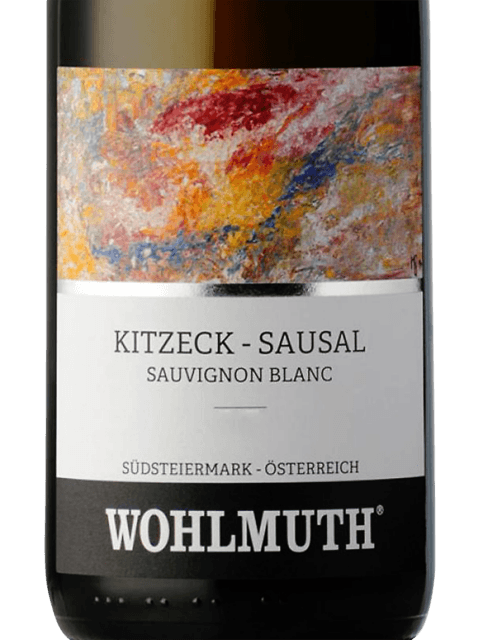 It’s Sauvignon Blanc - not Grüner Veltliner - that’s the star of the show in Austria’s Südsteiermark DAC, a historic wine-growing region in the country’s southern state of Styria that has evolved rapidly over the last thirty years. The variety is grown at high elevation in all five of Südsteiermark’s subregions and on steep slopes that rival those of the Mosel.

Since 1803, the Wohlmuth family has been pressing grapes in the southern Styrian town of Kitzeck im Sausal, the highest wine-growing village in Austria. Over the years, their work has not changed much - just as in days gone by the solid slate rocks on the surface of the vineyards have to be beaten with hammers, and every single vine has to be laboriously worked into the barren soil. The most detailed manual work - from pruning to the entire foliage work to the selective hand harvest - is the basis of the quality of the wines. Their respect for natural resources is characterized by not using chemicals on the land. There is no irrigation here and the cover crop on the steepest vineyards is still cut with a scythe.

The vineyards lie at an altitude of 1300 to 2000 feet above sea level and, with a slope of up to 90 percent, they are among the steepest vineyards in Europe. Up to 500 hours of work go into each acre of these extreme vineyards every year. The striking slate minerality can be found in all of the winery's wines and shows how firmly rooted the vine is within the predominant soil of the Kitzeck-Sausal appellation.

For generations, some of the earliest mentioned single vineyards in Austria have been owned by the Wohlmuth family, such as the Edelschuh vineyard, first mentioned in a document in 1322. These historically significant single vineyards are maintained and preserved at great expense and occasionally laboriously replanted. But these vineyards are ultimately the foundation of a unique and special quality; they produce wines of provenance that are characterized by a tension between warmth (Illyrian climate, ripe grapes) and coolness (Alpine influence, poor slate soil, high altitude).

The winemaking occurs very late and the grapes are selected and hand-picked, and spend eight to 16 hours maceration time, with gentle and slow pressing. The wine undergoes spontaneous fermentation in old big wooden casks. It is aged seven months on the lees, resulting in a fuller body,  Green-yellow, invitingly spicy on the nose, finely smoky, and typical fruit aromas of elderberry and paprika, exciting, multi-layered and complex aromas on the palate.

Robert Parker's Wine Advocate:  "The wines of Styria cannot be compared to those from the Danube. Although the majority of the wines are also white, the soils often are coral limestone or opok (marl), and where they are not, they are of volcanic origin. With the exception of Sauvignon Blanc, varieties known in Niederösterreich (Lower Austria) are also cultivated here, such as Chardonnay (which is often called Morillon in Styria), Pinot Blanc, Pinot Gris and Muscat. Grüner Veltliner, however, plays no role at all here in the south of Austria on the border with Slovenia or in the west within the province of Carinthia, and Pinot Noir also plays only a subordinate role. Riesling, on the other hand, is found here but really—in terms of relevant quantity and quality—only in the Kitzeck-Sausal, where dark, partly reddish-colored slate soils are predominant...Wohlmuth has [also] firmly established itself among the very best domains in the region."

90 points, Robert Parker's Wine Advocate  "The 2020 Kitzeck-Sausal Sauvignon Blanc is coolish, clear, bright and crisp on the nose that definitely represents the schistous terroir of the Sausal region and intermingles it with precise and fresh, rather white and pale yellow fruit aromas. The wine is juicy, perfectly round and crystalline, provided with fine, mineral acidity and fine mineral and phenolic grip on the stimulatingly clean finish. This is a remarkably fine and elegant, round and tangy yet by no means aggressive Sauvignon. 12.5% stated alcohol."

Kitzeck–Sausal is the highest and steepest. And with its elevation exceeding 2,100 feet and more than 100% slope, it is also the highest-steepest Sauvignon Blanc winegrowing region in the world. (The world’s steepest vineyard is the Bremmer Calmont located on the Mosel which has a 210% slope and sits at 950 feet.)

Similar in many respects to Germany’s VDP, the STK in 2006 established guidelines for further classifying the region’s rieden (registered single vineyards). In doing so they relied on historic vineyard names taken from the oldest maps of Styria many of which have been noted on labels since the 1980s. The work of the 12 producer members who now form the STK was instrumental in the recent elevation of Südsteiermark to a Controlled District of Austria (DAC) region in 2018.

STK producers Gross, Lackner-Tinnacher, Wolfgang Maitz, Polz, Erwin Sabathi, Hannes Sabathi, Sattlerhof, Tement, and Wohlmuth are located in Südsteiermark DAC. Producers Frauwallner, Winkler-Hermaden and Neumeister are located to the east of Südsteiermark in the neighboring region of Vulkandland Steiermark where Sauvignon Blanc is grown in all three subregions.

In addition to the regional, village and riedes produced in Südsteiermark and Vulkanland, the STK has further designated single-vineyard sites as Erste STK for the production of STK Premier Cru wines and Grosse STK for STK Grand Cru-designated wines. The criteria that define Erste and Grosse sites and wines rely on both vineyard and winemaking factors. Most notably, the requirement for hand harvesting, which given the extremely sloped vineyards is practically a given. Sites must be sloped—many exceed 45% and approach 90% - and run from east to west with a favorable mesoclimate (or vineyard-specific climate).