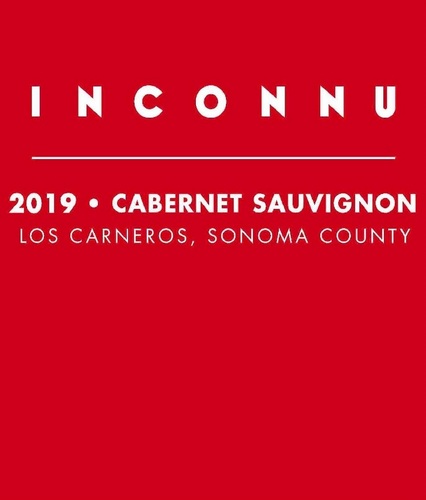 Founded in 2012 by Laura Brennan Bissell, Inconnu is a project focused on reflecting the frequently unsung subtlety and elegance that is possible in California wine; an integration of terroir selection, and respect for classical winemaking philosophies. These wines are driven by acid and minerality, while embracing a climate that will perpetually leave its fruit perfectly ripened and sun-kissed. They showcase a through-line of gentle constancy and balance while not shying away from physiological ripeness and a devotion to what California has to offer.

Brennan Bissell is focused on working with organic and regeneratively farmed parcels in California, which reflect the way she farms her estate vineyards in Underwood, Washington, in the Columbia Gorge AVA. She seeks out cooler climates and areas with greater diurnal shifts, complex soil compositions, family-owned parcels – places that ‘just feel right.’

In the cellar a softer hand is exercised so that the fruit may express itself without the cumbersome approaches frequently taken in conventional winemaking. Patience, she believes, solves problems more effectively than intervention, especially when one knows that they’ve covered most of their bases from the start. Although she was forced to buy a few new barrels for her Washington Lorelei project, she avoids new oak, seeking out 2-3 year barrels, preferably Bordeaux shape, due to the larger evaporative surface. Have no fear, she tops the barrels off meticulously.

White grapes are left to sit cold and untouched for 24-72 hours before pressing, which she finds helps develop the phenolics without increasing tannin and helps give the native yeasts an opportunity to start their work. “The less logical part of me likes to let the grapes make their transition from life support before throwing them into the metaphorical hopper (I’ve never used a hopper).”
“I age my wines until they are ready, and at this point do not let the pressure of such things as ‘rosé season,’ affect my decision-making when it comes to bottling and release. In the grand scheme of things, over a decade in, I am at the beginning of my winemaking career, and these decisions, though monetarily tempting in the short-term, will only be setbacks in the big picture of the type of producer I would like to be.”

Upon moving with her family to Washington, she reached out to Mimi Casteel, an Oregon winegrower considered by many to be the guru of regenerative agriculture for vineyards. “…I have learned so much from Mimi it makes me tear up to think about it. She has become an unflappable friend, and I will forever look up to her… as she ascends into the stratosphere, and pushes all of us to be better people.”

The vines here are up to 90 years old, making this one of the oldest plantings in Napa and Sonoma of Cabernet Sauvignon. Laura is inspired by 60s and 70s California Bordeaux blends, wines made by farmers who had more of a connection to the vineyard – by the mid 80s, things got bigger and oakier and lost their delicate elegance, and there was a segregation of the cellar and the vineyard. Higher yields in the early years led to lower alcohols.

Just like the rest of Coplan Vineyard, this is farmed organically, and the soils are characteristic Carneros “gumbo” soils (clay loam, and a ton of other random stuff). Laura does a slow and cool fermentation to maintain the delicate aromatics/not extract harsher tannins, and then leaves the grapes on the skins for an additional 2 weeks post-fermentation to get silkier tannins. The wine is then aged for 18 months in a mix of neutral and twice-used Sylvain Signature barrels from Larkmead.